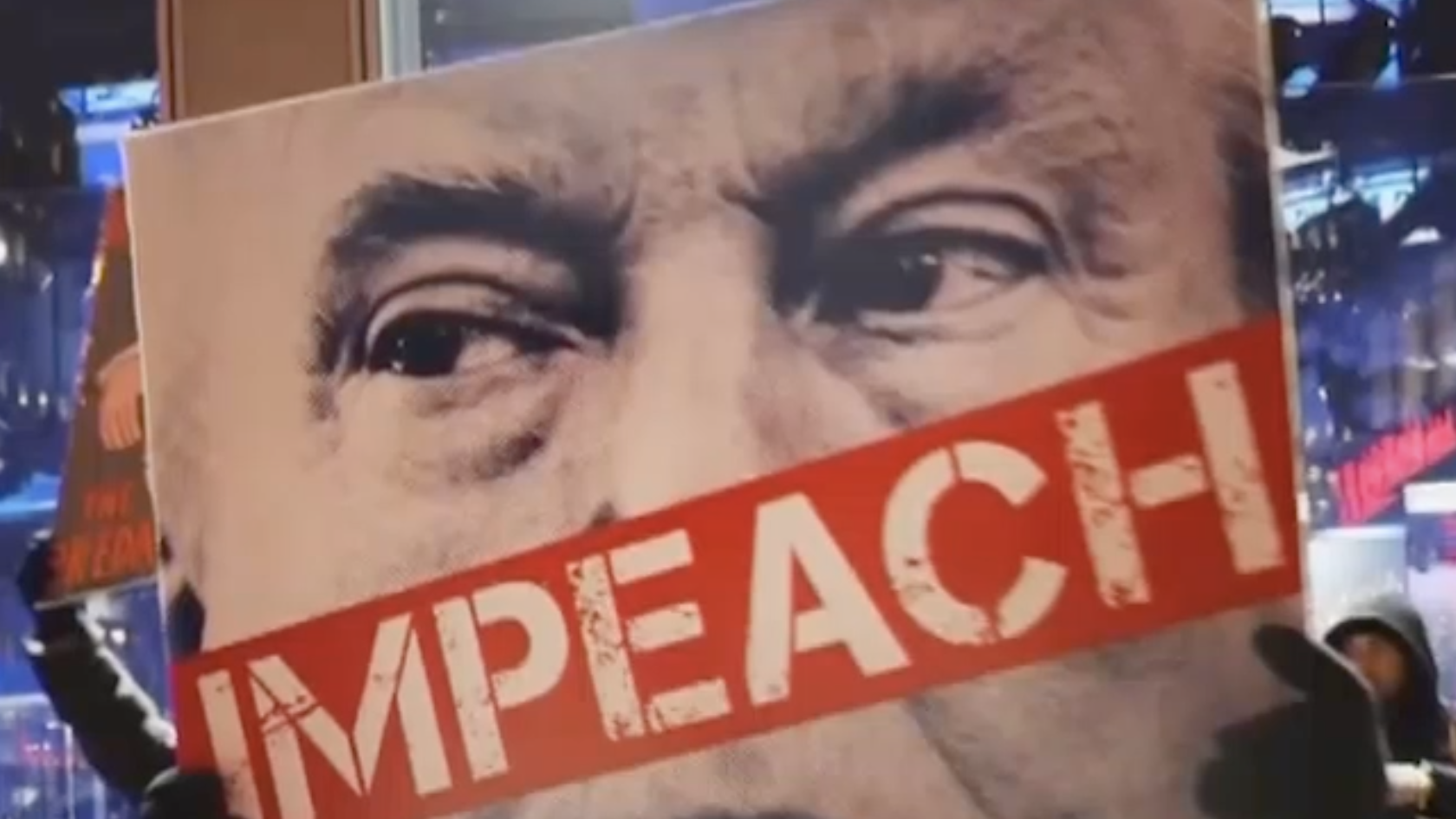 Perhaps it was bound to happen eventually. The American press have grown so tired of waiting for House Democrats to file articles of impeachment against President Trump that The New York Times wrote up their own to be used.

The June 5 piece, aptly titled The Articles of Impeachment Against Donald J. Trump: A Draft, was published by The New York Times’s opinion editorial staff member Ian Prasad Philbrick. Philbrick borrowed heavily from the articles of impeachment filed against Presidents Nixon and Clinton:

What might impeachment articles against Mr. Trump look like? To find out, we reviewed the articles of impeachment drawn up against Richard Nixon in 1974 and Bill Clinton in 1998. Then we edited them — by removing and adding passages — to match the president’s conduct as described in the Mueller report and elsewhere. 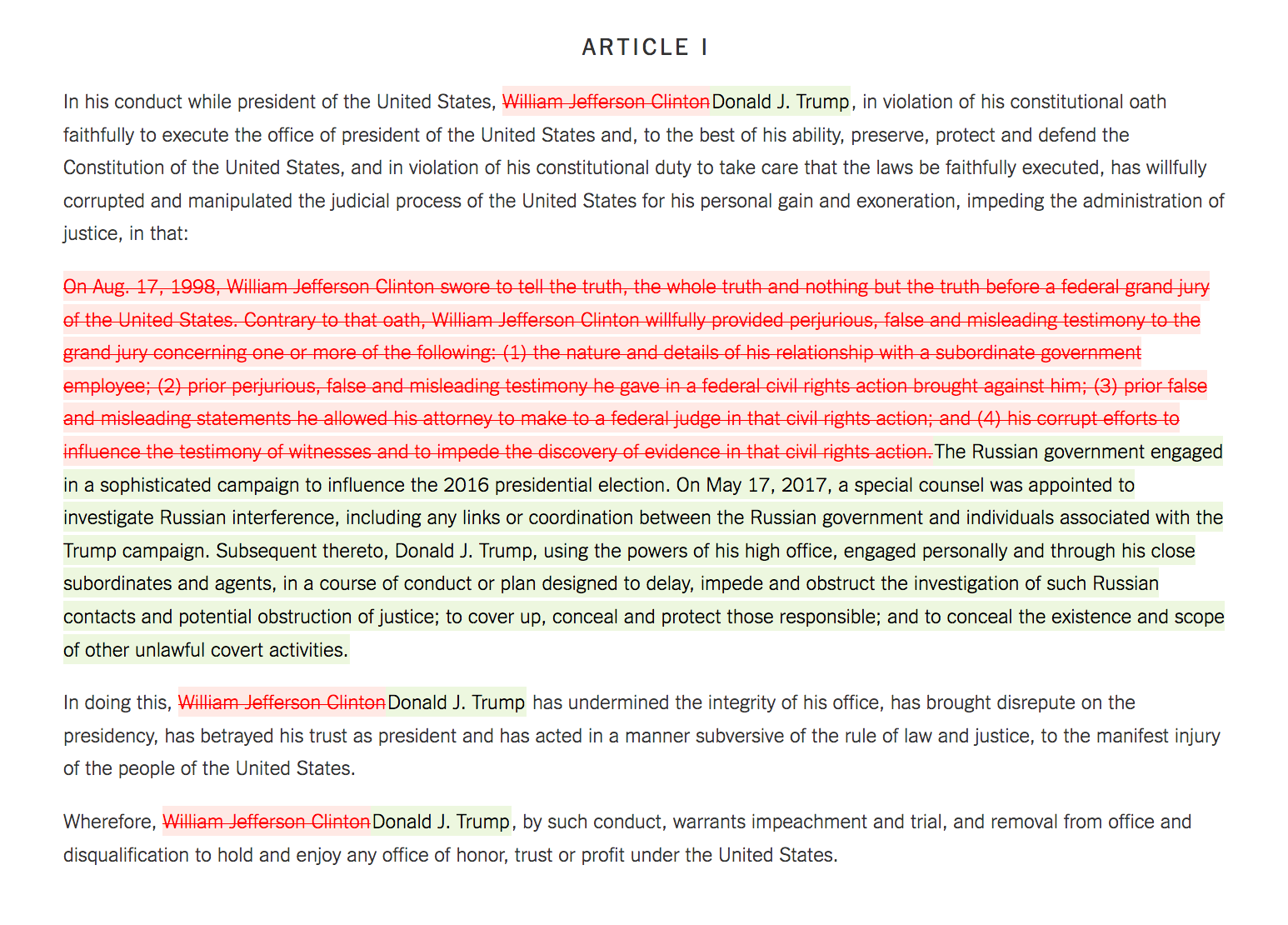 Philbrick went on to argue that, if anything, President Trump’s alleged obstructive behavior was even worse than President Clinton’s:  “As you can see from our rendering of a Trump indictment, Mr. Trump arguably took more extensive steps than Mr. Clinton did to thwart investigators.”

The piece closed with this forceful declaration:

An impeachment inquiry against Mr. Trump is far from guaranteed. And whether impeaching him would politically help or hurt Democrats remains an open question. But there is no question that by the standards for high crimes and misdemeanors applied to past presidents in living memory, Donald J. Trump has committed impeachable offenses.

By now, shoe-on-the-other-foot arguments about media bias have become old hat. But in the case of such absurd activism masquerading as journalism (even opinion journalism), it’s worth asking: how would the media have responded in 1998 if a conservative news outlet had drafted articles of impeachment against President Clinton?