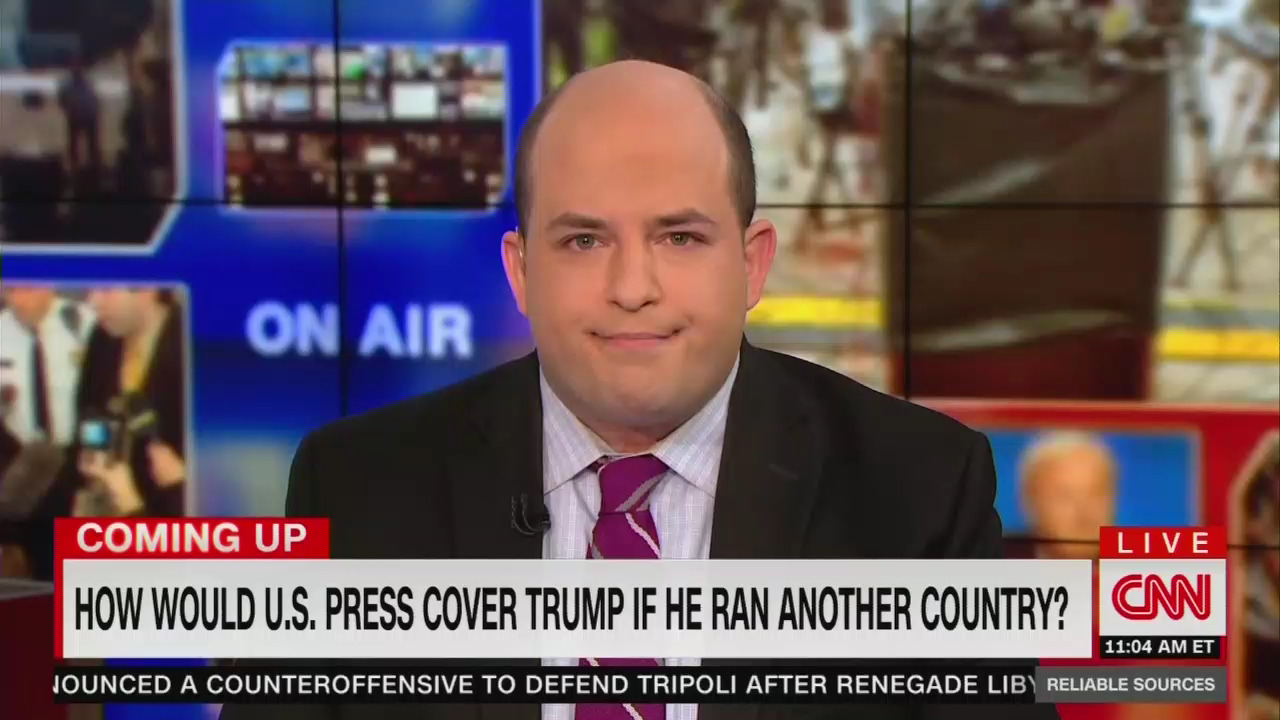 CNN’s Brian Stelter tried his darnedest to frighten viewers on Sunday by falsely implying that the President wanted to abolish one of the three fundamental branches of American government. The Reliable Sources host played two out-of-context clips of the President saying “we have to get rid of judges,” — but at no point did he explain that the President clearly had been referring specifically to immigration judges, and not to the judicial branch appointees that generally spring to mind when one hears the term “judge.”

Stelter would likely defend himself by arguing that the President never specifically used the term “immigration judges.” However, even MSNBC producer Steve Benen was willing to give the President the benefit of the doubt in this regard. In a Friday piece on the Rachel Maddow Blog, Benen wrote:

As we discussed the other day, Trump hasn’t gone into a lot of detail, but in context, he almost certainly wasn’t referring to sitting Article III jurists serving lifetime positions on the federal judiciary. Rather, I’m reasonably sure the president was referring to immigration judges — whom he apparently wants to fire.

Evidently Stelter's own network agrees with Benen. The CNN transcript of the very same press spray from which the clip originated includes the following line in the title: “Trump Again Says U.S. Should Get Rid Of Immigration Judges.”

Stelter, meanwhile, did not even float the possibility that the President might have been referring to immigration judges. Instead, he characterized the President’s words as “antithetical to democracy,” and after the clips played, he complained: “People mostly just shrug it off, like he’s the guy at the end of the bar, blowing off steam. Or like he’s an old man shaking his fist at a cloud.”

If Brian Stelter wants to prove that he was not deliberately misrepresenting the President’s words in an attempt to frighten his audience, he ought to explain what exactly he believed the President was saying.

Did he genuinely believe that Trump was proposing getting rid of judges, as established by Article III of the U.S. Constitution, across the board? Or was he arguing that abolishing immigration judges — executive branch employees formerly known as special inquiry officers, who are not even certified judges in the legal sense — would somehow be “antithetical to democracy?”

Presumably, American audiences would be alarmed at hearing their President propose “get[ting] rid of judges.” Presumably, it would be a journalist's job to explain what specifically the President was suggesting with that proposal. Unfortunately for Stelter’s audience, no such explanation was forthcoming. The clips had their intended effect, and the show continued apace.