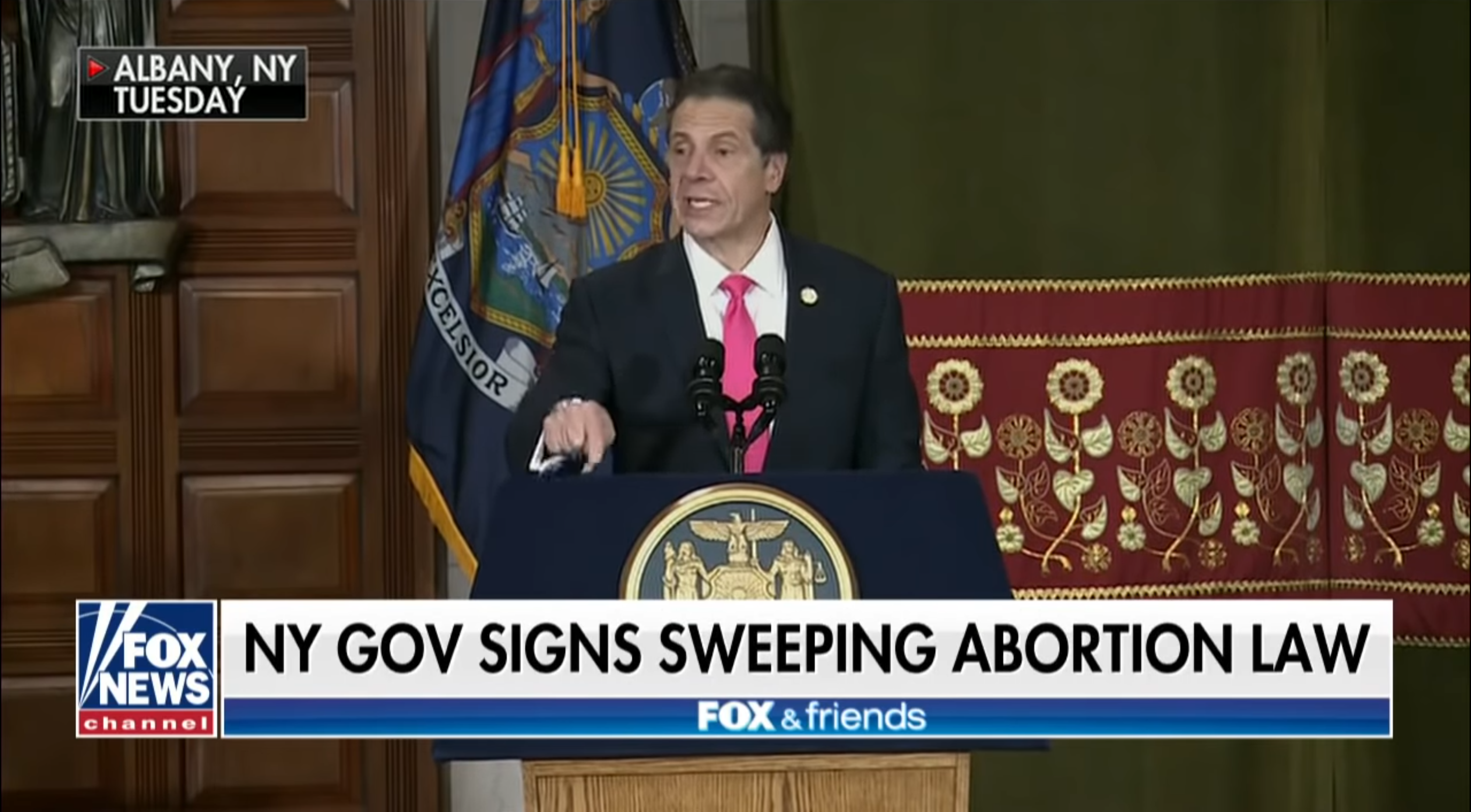 An analysis by the Media Research Center found that New York’s Reproductive Health Act has not received a second of airtime on any of the major broadcast (ABC, CBS, NBC) or liberal cable news networks (CNN, MSNBC) since it was signed into law on January 22. The new legislation legalizes abortion after 24 weeks of pregnancy in some cases, and it permits healthcare workers other than abortion doctors to terminate pregnancies.

The media reaction was completely different when the Texas State Senate in 2013 was considering a bill that would have criminalized abortion after 20 weeks. Then, broadcast networks rushed to cover the story, focusing on the left-wing opponents of the masure. After the bill was struck down, ABC’s Good Morning America ran a victorious segment touting the “firestorm of protests.”

The media hype back then propelled hitherto unknown Texas Democratic State Senator Wendy Davis to (fleeting) national prominence, with networks applaudinging her 11-hour filibuster of the bill as “defiant” and “passionate.”

Davis was dubbed a “national political star” by CBS This Morning anchor Norah O’Donnell, and MSNBC’s Chris Hayes celebrated the bill’s “absolutely epic” defeat as an “incredible 24 hours of democracy on display in the United States of America.”

The 2013 bill that failed to pass in Texas was, in many ways, the New York Reproductive Health Act’s opposite. Were the national media merely drawn to controversy, these two measures would both have drawn heavy coverage. Instead, their utter silence about New York’s radical new law makes the press’s agenda glaringly obvious.