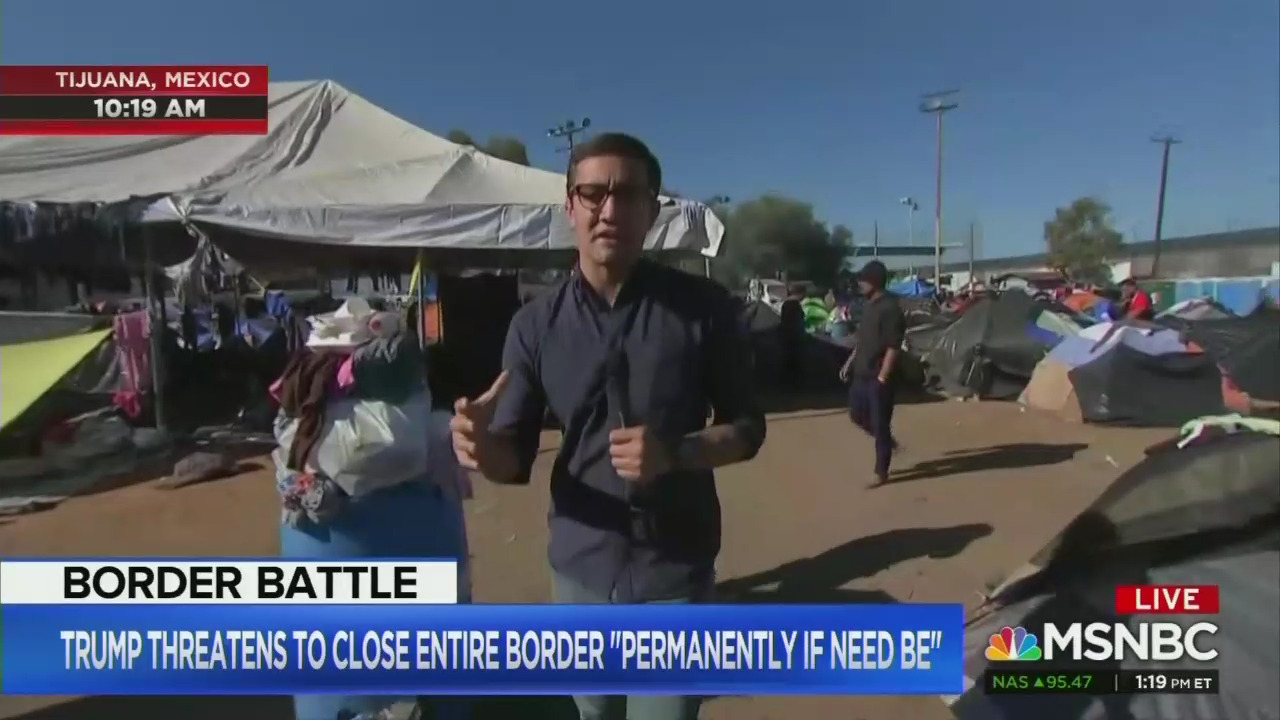 MSNBC’s Gadi Schwartz dealt an inadvertent kick in the teeth to his own network’s narrative on Monday while interviewing a member of the Honduran caravan. One migrant woman whom Schwartz spoke with admitted that she had not actually expected to cross and was really participating to protest; she also later stated that her intention was to go to the United States to work, rather than to apply for asylum.

Schwartz’s interview with the Honduran woman, which took place during MSNBC Live with Velshi and Ruhle, was conducted in Spanish. “She says that they actually went to go to the protest. They weren’t expecting to cross,” he explained to viewers.

Shifting gears, Schwartz asked the woman what she expected would happen when she attempted to cross. After a brief back and forth, he translated: “She says that she’s hoping that they give her a chance to work.” He added, “This family really hasn’t really talked about asylum per se.”

Schwartz then attempted to explain away the apparent dearth of asylum seekers by supposing that perhaps members of the caravan were simply unaware that they ought to be seeking asylum:

That kind of gives you a sense of the confusion. A lot of the people that are here, they don’t necessarily know about the asylum process. They’ve been told all kinds of different things. So many of the are under the impression that you can just go up to the border and ask for a work permit, and then be allowed to go to the United States.

Co-host Stephanie Ruhle then asked Schwartz to discuss what kind of people he saw participating in the caravan. Admirably — though to Ruhle’s consternation — the field reporter admitted that the caravan was not predominantly women and children as liberal cable outlets had been insisting for weeks: “The truth is, the majority of the people that are part of this caravan, especially outside — if we can make our way all the way over there, we’ll show you — the majority of them are men.”

For over a month, pundits on CNN and MSNBC have been claiming that the caravan is comprised almost entirely of asylum seekers, rather than economic migrants or activists. While one news segment cannot serve as an authoritative debunking of any media narrative, this one certainly didn’t do MSNBC any favors.