CNN's Stelter: 'Democracy' Saved From 'Rotting From Inside' by Court Ruling 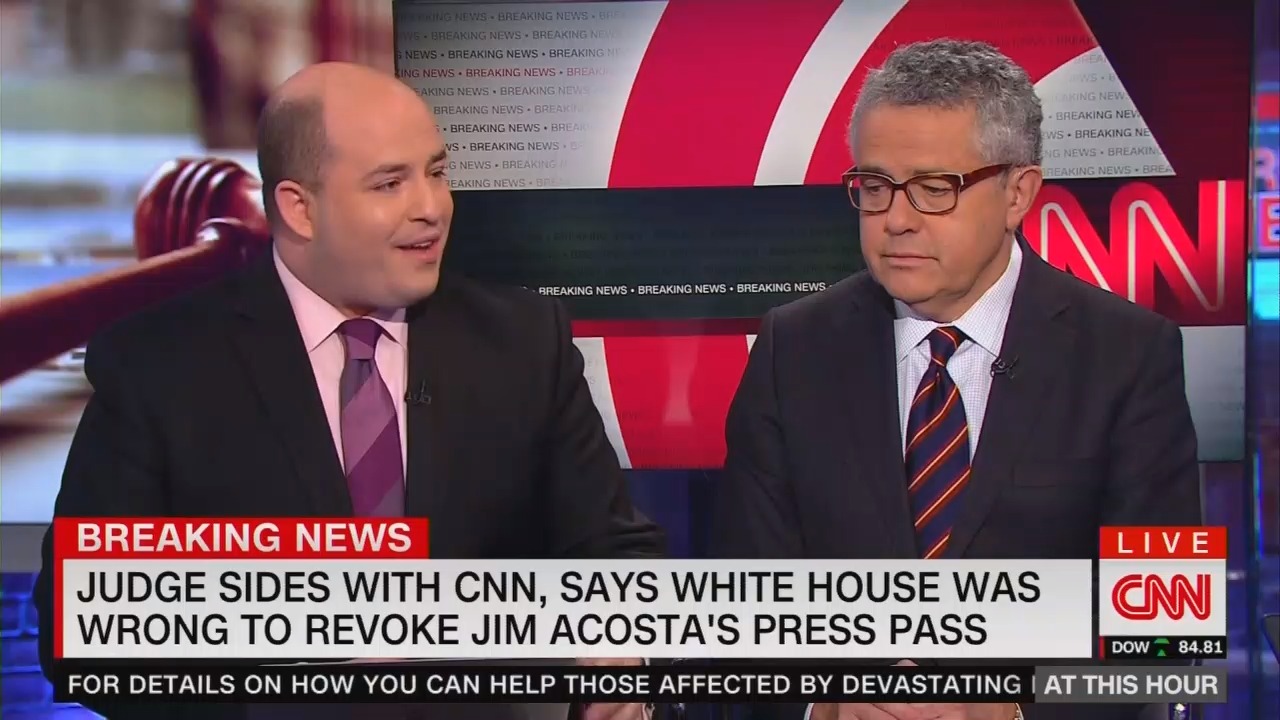 CNN’s Brian Stelter reassured Americans on Friday that the integrity of the nation’s institutions had been saved.

On the 11 a.m. At This Hour, Stelter celebrated CNN’s initial victory in a lawsuit demanding that the White House reinstate Jim Acosta’s press pass:

However, he continued, “Today, the courts effectively did their jobs.”

Later in the same segment, Stelter worried that “other governments” might take a cue from the arguments of the lawyer representing the Trump administration, and thereby “repress the press as well.”

“It breaks with decades of tradition in our country. And hopefully we can break back to what’s normal now,” he concluded giddily.