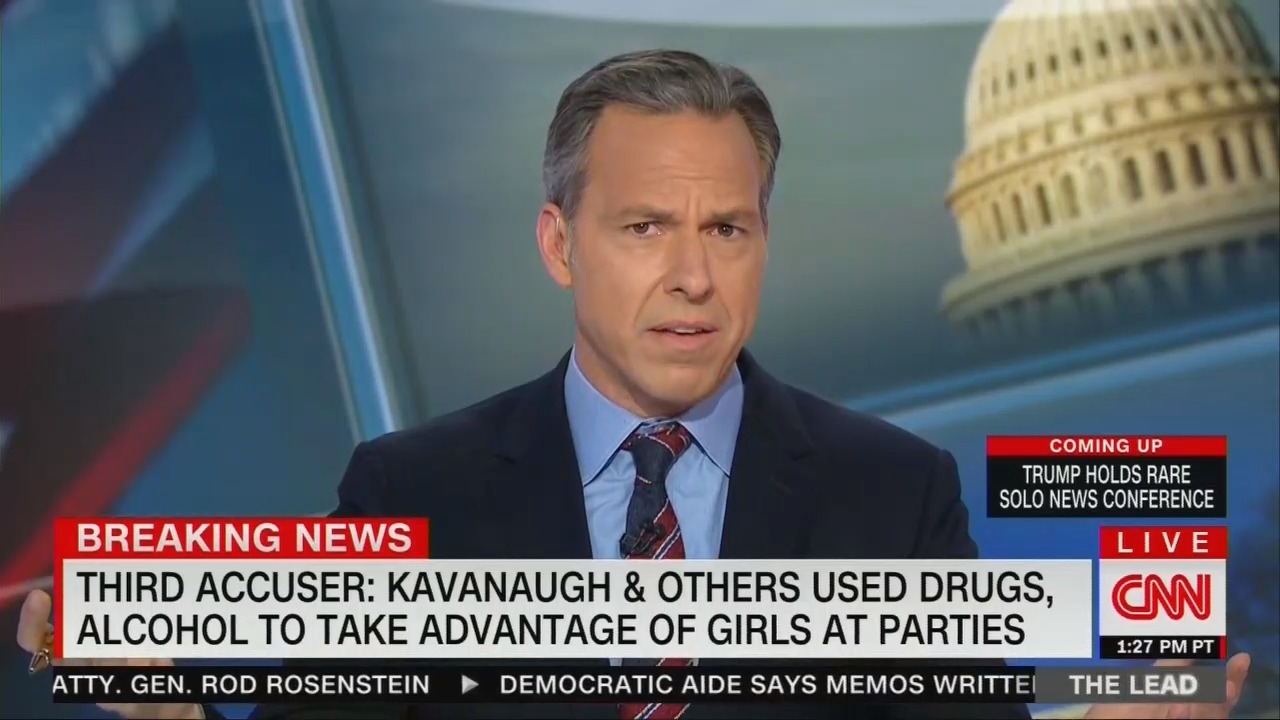 Avenatti exploded onto the scene Wednesday morning, brandishing new unverified sexual allegations against Supreme Court nominee Kavanaugh. However, his involvement caused some in the liberal media to worry that he might inadvertently turn the already fraught controversy into “an even bigger circus.”

Andrea Mitchell on MSNBC relayed that according to her colleague Kasie Hunt, some Senate Republicans believed “that Dr. Ford's position was undercut by the other accusations because it began to seem more political.”

MSNBC political reporter Garrett Haake echoed Hunt’s reporting hours later, warning that Avenatti’s presence might be a “double-edged sword” for Congressional Democrats. “[Some Republicans] will now see the involvement of Avenatti in this as further evidence that this is somehow a politically-organized smear campaign,” he explained.

During the 3 p.m. ET hour of MSNBC Live, co-host Stephanie Ruhle voiced her own concerns about the involvement of a character like Avenatti: “We know that Michael Avenatti certainly knows how to get a lot of attention. But we're taking this from serious accusations to, uh, a very political situation.”

“Does that hurt this accusation?” Ruhle asked Loyola Law professor Jessica Levinson. “Michael Avenatti has inserted himself in this conversation in a way that honestly makes the circus an even bigger circus,” Levinson replied.

For the most part, the pundits and hosts over at CNN were more reluctant to criticize the TV-loving attorney – save for Jake Tapper, who harshly rebuked Avenatti during an interview on The Lead. During that conversation, Tapper bristled when Avenatti stubbornly refused to clarify whether his client was alleging that Kavanaugh had raped her:

Avenatti replied that even if one ignored that portion of his client’s declaration, he still felt Kavanaugh ought not to be confirmed.

It is worth noting that the same cable hosts voicing concern on Wednesday about Avenatti were eager to hear what he had to say when his affinity for the spotlight was not steeling the resolve of Senate Republicans.