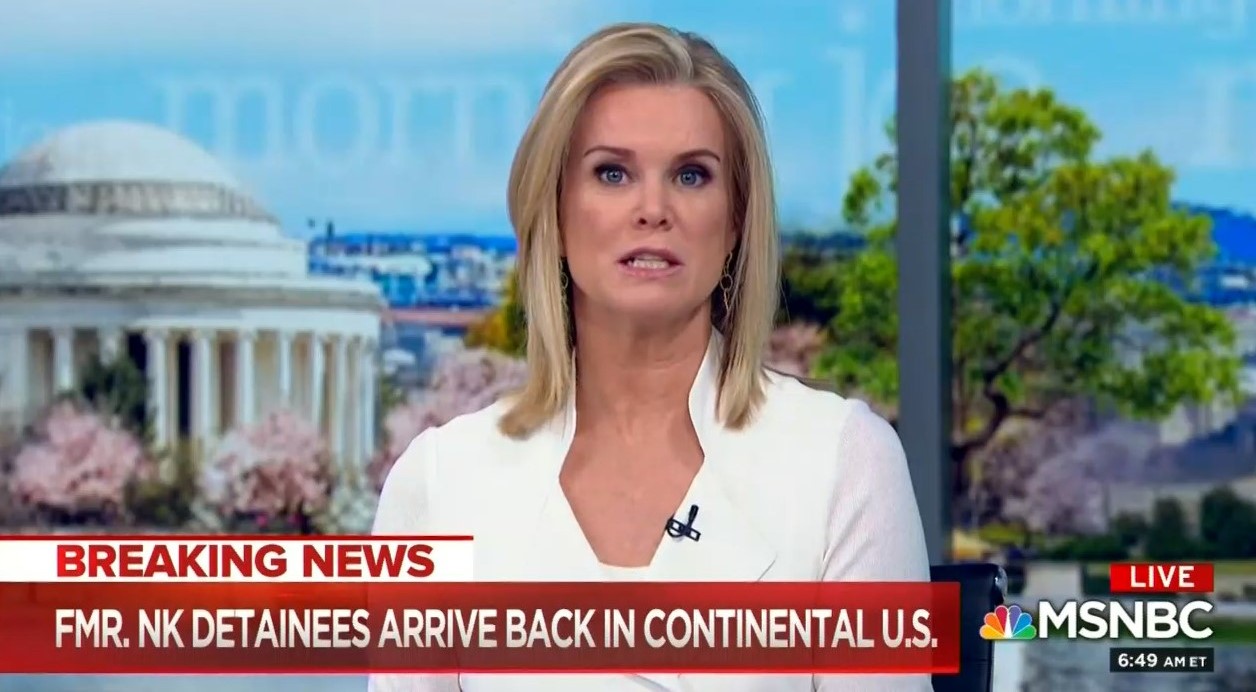 Pettiness was the name of the game on Thursday’s Morning Joe as MSNBC panelists took turns attempting to negatively spin the release of three American hostages from North Korea.

Host Mika Brzezinski led the show off by announcing the release, which occurred late last night. She took care to mention that the President had called North Korean dictator Kim Jong-un “nice” for allowing the detainees to go free before the upcoming summit. “Was Kim 'nice' to imprison them in the first place?” she snarked. “We’re going to have a full analysis of that.”

After introducing the morning’s topics, Brzezinski handed the reins to co-host Joe Scarborough, who appeared reluctant to discuss this latest development. He veered off onto a tangent about the previous night’s Yankees-Red Sox game, evidently preferring to discuss his favorite sports team having suffered a defeat to admitting that the President had scored a diplomatic victory.

When he did get around to bringing up the released hostages, he followed Brzezinski’s example and immediately latched onto the President’s peculiar choice of words. “First of all, who do you call nice who’s kidnapped three Americans?” he complained. Satisfied that he’d sufficiently addressed this latest story, he began making bleak predictions about the upcoming meeting between President Trump and Kim: “None of the groundwork has been laid, and this seems like he’s making the classic, classic diplomatic mistake of thinking that he can charm his way into a win on the diplomatic stage.”

BBC journalist Katty Kay later added her voice to the chorus of tepid responses. “Those scenes last night of the President celebrating the return of these hostages – he's clearly very keen to get a win out of this,” she huffed. Addressing former White House Security Council official Victor Cha, Kay continued with a leading question: “Would you be concerned he might go into the negotiations with too much desire to get a win, and paradoxically, that might box him into a corner?”

You have to say, looking at last night’s footage, this is what presidents get to do when people are released, hostages, prisoners are released. Presidents go to Andrews air base and they walk them home, and that’s a moment where all Americans should take pride at these people coming back. Yes, there is the danger of getting overly wrapped up in “My friend Kim, Kim, the generous release of these prisoners.” My sense is that we aren’t there yet. Trump does still want to have surprises up his sleeve. But last night, middle of last night, was his night.

No panelists bothered to engage with this concession from Ignatius, and Brzezinski instead directed the discussion towards Trump lawyer Michael Cohen.