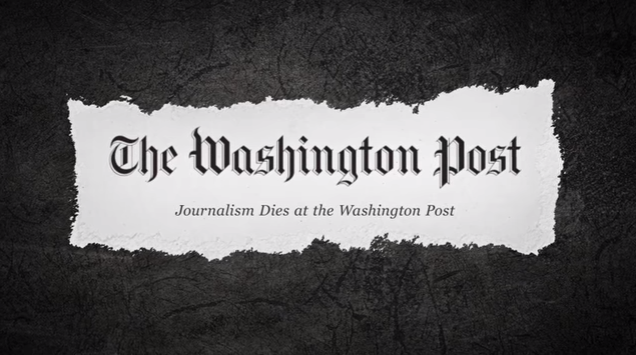 The NRA has been firing back at false accusations made by the Washington Post including one that claimed the gun-rights advocate had illegal ties to Russia (Fake News). In a video released last week, Grant Stinchfield at NRA-TV suggested that the disgraced publication's motto should be, "Journalism Dies at the Washington Post," instead of, "Journalism Dies in Darkness." He called out the violence of the left and the lies told by the media.

"If gun-owners abused the Second Amendment the way you have abused your paper and the First Amendment, our rights would have been taken away long ago. You people do more damage to this country with a keyboard than every NRA member combined has ever done with a firearm."

“Your paper’s new slogan may read Democracy Dies in Darkness. It should say Journalism Dies at the @washingtonpost” @stinchfield1776. #NRA pic.twitter.com/BmolBOQuX7

Of course, slandering and libeling the NRA is a regular activity for the media.