CNN hosts once again trotted out Jeffrey Toobin, their left-wing political commentator dressed up as a legal analyst, to trash Republicans. Toobin on Thursday expressed his frustration that the media is being distracted by Trump’s tweets when they could be talking about the horrors of the GOP health bill.

He whined, “We are not talking about millions of people are going to lose their health insurance and a tax cut for wealthy people.” In other words, don’t let the Trump bashing get in the way of the Trump bashing. 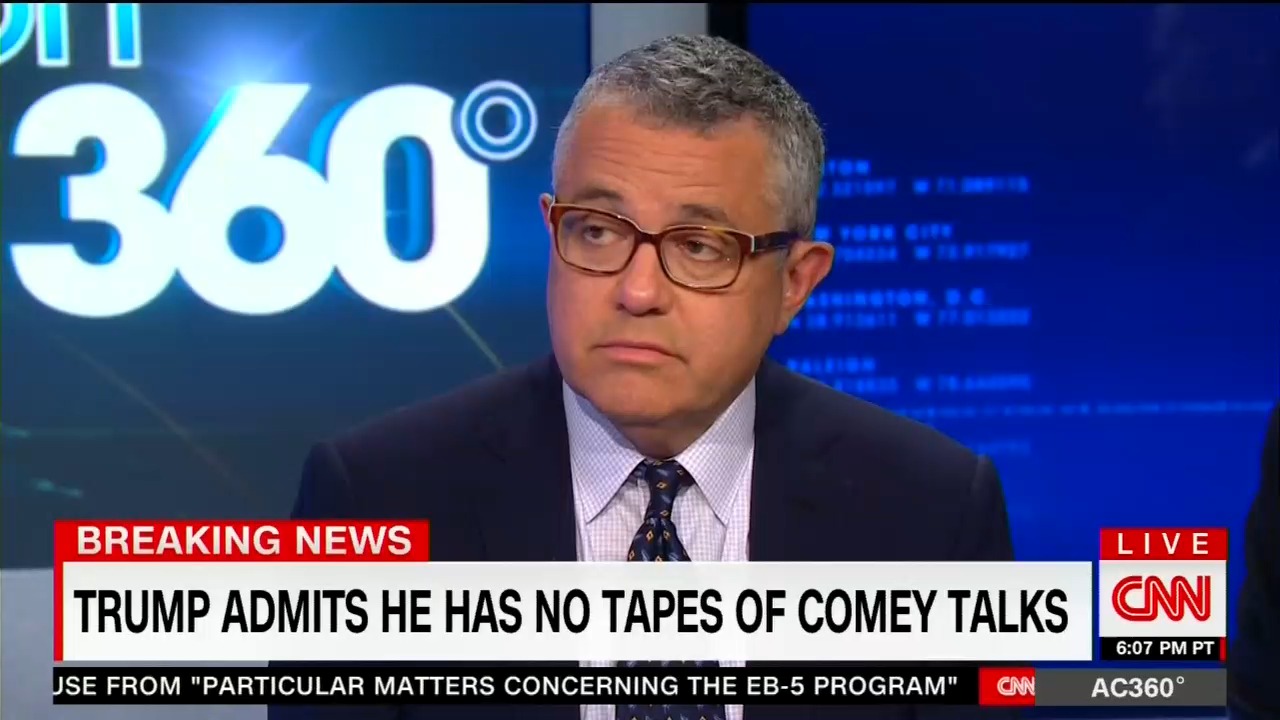 ANDERSON COOPER: Jeff, I mean, you know, I certainly agree what Ken said about how he -- the president -- or the candidate used Twitter to great effect during the campaign. You know, every attorney, you've said this, Alan Dershowitz has said this. Every attorney we've had on has said, "Look, I would advise the president to stop doing this." The president has now very good attorneys, personal attorneys, you know, and Jay Sekulow being the latest one. They seem unable or unwilling or not interested in stopping him.

JEFFREY TOOBIN: He's the client. The client's in charge. The client does what the client wants. Lawyers can only give advice. And, you know, Donald Trump, big television watcher, saw us night after night during the campaign saying, "Oh, it's all over." You know, the "Access Hollywood" tape, his comments about John McCain, Megyn Kelly. And we were wrong and he was right and he won. And I think he feels like he has an understanding of communication with the public that is better than his advisers, better than his lawyers. It certainly doesn't make a lot of sense to me. But the truth is, every minute we are talking about these tweets. We are not talking about millions of people are going to lose their health insurance and a tax cut for wealthy people. You know, we're going to talk about later in the program, but, you know, was it calculated to distract attention? It beats the hell out of me. I do not know.