In the aftermath of the shooting targeting Republican congressmen in Alexandria, VA, the media has called for both sides to cool down their rhetoric. As if the vitriol and hate were equal on both sides. The truth is it isn’t. Huffington Post writer Jesse Benn is case and point. The publication has long been a place for the fringe-left to spew their venom.

Benn has defended violence against Trump supporters in the past and actually argued for violent “resistance.” So it should have come as no surprise when he tweeted the following: 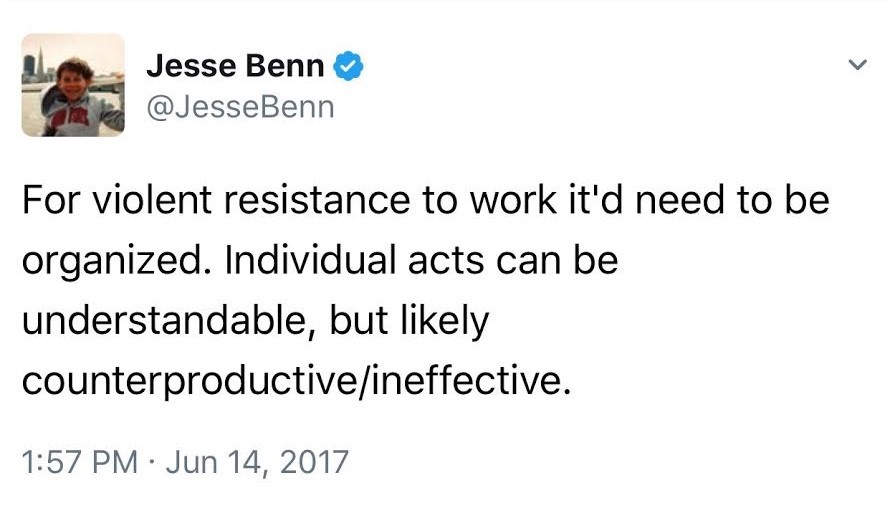 I’m sure the Huffington Post is proud to have somebody representing how they truly feel.