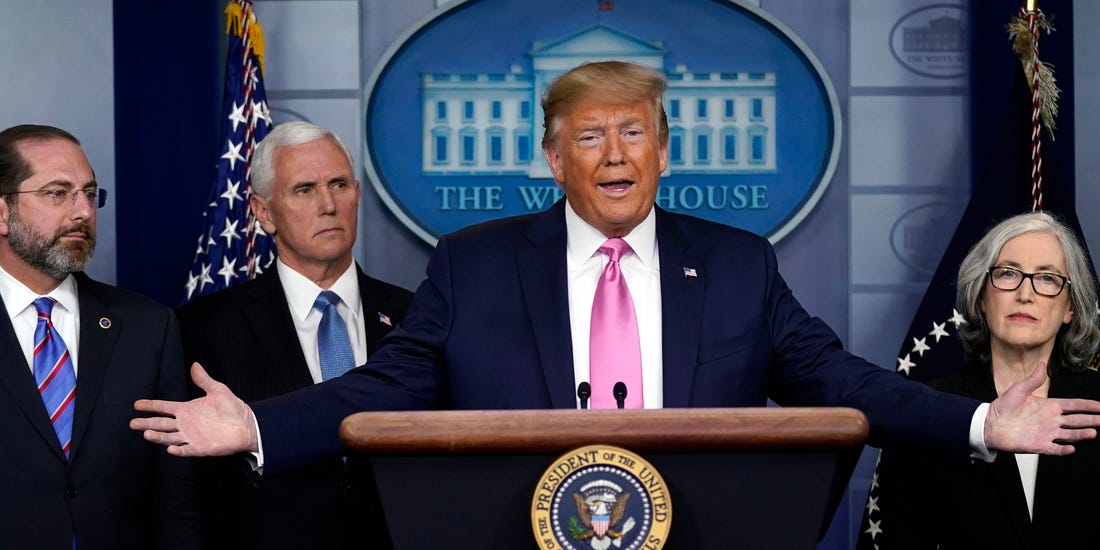 In the manipulative mind of the media, granting President Trump any semblance of credit would be far too much of an ask. Doctoring and misconstruing footage of President Trump is the M.O. of the press even during times of crisis, as proven by an article published Monday on MSNBC’s website by Steve Benen.

During Friday’s coronavirus task force briefing, President Trump was asked the question of what he expects from the Governor of Washington (Jay Inslee) as the Federal Government collaborates with him to subdue the virus. In response, Trump stated: “I want them to be appreciative. We’ve done a great job. And I’m not talking about me. I’m talking about Mike Pence, the task force, I’m talking about FEMA, the Army Corps of Engineers.”

Omitting the portion of the remark in which President Trump stressed his desire for Governors to express their gratitude to members of the Federal Government working tirelessly to flatten the curve, Benen cut the statement after “we’ve done a great job” and proceeded forward on false premises:

Trump effectively declared -- on camera and on the record -- that his ego and sense of personal grievances aren't just foremost on his mind, they're also influencing the White House process. A federal crisis response guided by a fragile president's need for sycophancy and gratitude is a federal crisis response that cannot work.

Benen also included a quote from President Trump in which he states he would not call Governors who fail to show respect towards either himself or his team, but the Vice President will. The article concluded with a gibe at the President’s confidence and leadership style:

Among the most bizarre elements to a story like this is how overt Trump is on the subject. It'd be one thing if there were behind-the-scenes reports featuring quotes from concerned White House aides, quietly letting reporters know that the president is preoccupied with perceived slights and the constant need for praise. But Trump isn't even making much of an effort to hide his pettiness or insecurities.

And MSNBC is not making much of an effort to hide their bias.