Yesterday, the Supreme Court ruled unanimously that pro-life organization Susan B. Anthony List should be allowed to challenge in court an Ohio state law that criminalizes making false statements in an election campaign. The law, which subjects individuals and groups to costly litigation, fines, and even jail time if they can't defend their political speech to bureaucrats and judges, was used in 2010 to intimidate billboard owners into rejecting the pro-life group's election advertising. The question of whether “somebody should be able to get into federal court,” in the words of Justice Kagan at oral argument, united both the left and right wings of the high Court given the obvious and repellent injury to free speech rights.

Although it said that Susan B. Anthony List should have its day in court, the Court did not rule on the underlying merits of Ohio's false statements law. But that's not how left-wing commentators saw it. Immediately mischaracterizing the decision as endorsing a "right to lie," writers from across the Left used the decision to smear Susan B. Anthony List, in particular, and the political right, in general, as liars.

The Daily Beast's Sally Kohn, for example, claimed that Susan B. Antony List had brought the speech complaint and resulting litigation on itself by falsely campaigning against taxpayer-funded abortions in Obamacare, a troubling blame-the-victim mentality over what remains a live issue. A Huffington Post headline claimed, "Supreme Court Moves Toward Legalizing Lying In Campaigns," despite the fact that the Court made no decision on whether falsity in election speech is constitutionally protected. Salon went even further, claiming that pro-life groups routinely use a strategy of lying to "scale back access to reproductive healthcare."

One cannot help but suspect that, despite the decision gaining the vote of every liberal justice on the Court, despite the ACLU itself urging this outcome, and despite even the Ohio defendants acknowledging their law is constitutionally suspect, leftist writers are not all that excited for Susan B. Anthony List to get its day in court. 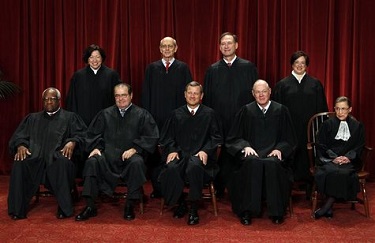