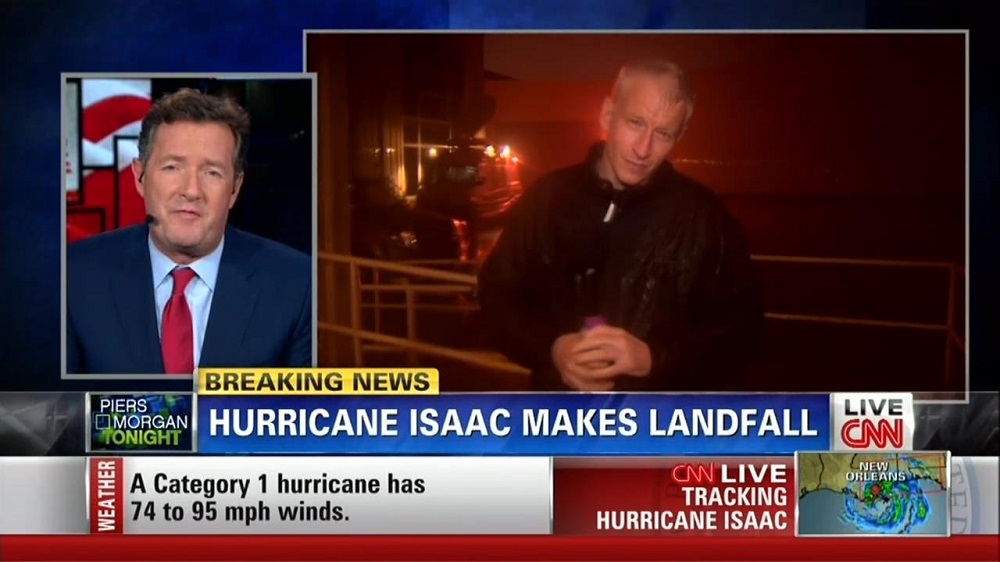 Piers Morgan's former employers at CNN finally responded on Thursday to the former host's recent targeting of Anderson Cooper. Politico's Dylan Byers reported that in an e-mail, network publicist Megan Rivers "accused Morgan of making unjustified attacks on his former colleague [Cooper] in order to find a new job." The former CNN host is now editor-at-large at the Daily Mail.

In her response to Morgan, Rivers outlined that Cooper fared better than his former colleague in terms of ratings:

Morgan contended in a Wednesday column for The Hollywood Reporter that CNN needed to "find more of its own Megyn Kellys" to replace Cooper, who "gets annihilated in the ratings every night by [Bill] O'Reilly." The former CNN host also attacked his former coworker on the Access Hollywood program as "not really what CNN needs."

The British journalist asserted in an October 2, 2014 interview with Politico that "Anderson is a great field reporter, but does he drive big ratings at CNN, outside of a big news cycle? I don't see any evidence of it."

Byers posted an update to his story early on Thursday afternoon, which included a response from Morgan to Rivers/CNN:

I have no wish to get into a Reservoir Dogs sequel with CNN.

However, let me just respond by saying I'm not remotely sad, I have a great new job at MailOnline, and when I came off air in March, Jeff Zucker congratulated me on a 'splendid, terrific run' and formally offered me a 7-figure sum to make 40 interview shows over the next two years. I didn't realise he was joking!

As for Anderson, I thought he was terrific on The Mole.