Apples and oranges: or shall we say, Harleys and Abrams.

On this evening's Ed Show on MSNBC, guest John Nichols of the far-left Nation mag and guest host Michael Eric Dyson lamely tried to analogize Scott Walker riding a Harley to the infamous episode of Michael Dukakis in a tank. The difference?  Walker is a for-real biker and Harley owner.  Dukakis did serve two years in the Army, but there's no evidence he did tanks before his ill-fated ride during the 1988 campaign.  Check the photos at the foot to see the difference.  You'll note that the hopelessly buttoned-down Dukakis is actually, yes, wearing a button-down shirt and tie.

JOHN NICHOLS: What we're really talking about here is nobody has clearly broken out. But, Walker does have an intrigue factor. And he is playing the theater of it. I mean, look at him coming in on that cycle with that helmet I'm not sure that he completely undid the Michael Dukakis curse there, but [Dyson heard laughing] he made his best shot.

MICHAEL ERIC DYSON: [Chuckling] All right, so, Bob [Shrum], what do you think? Is he overcoming the Michael Dukakis effect or will he win Iowa? 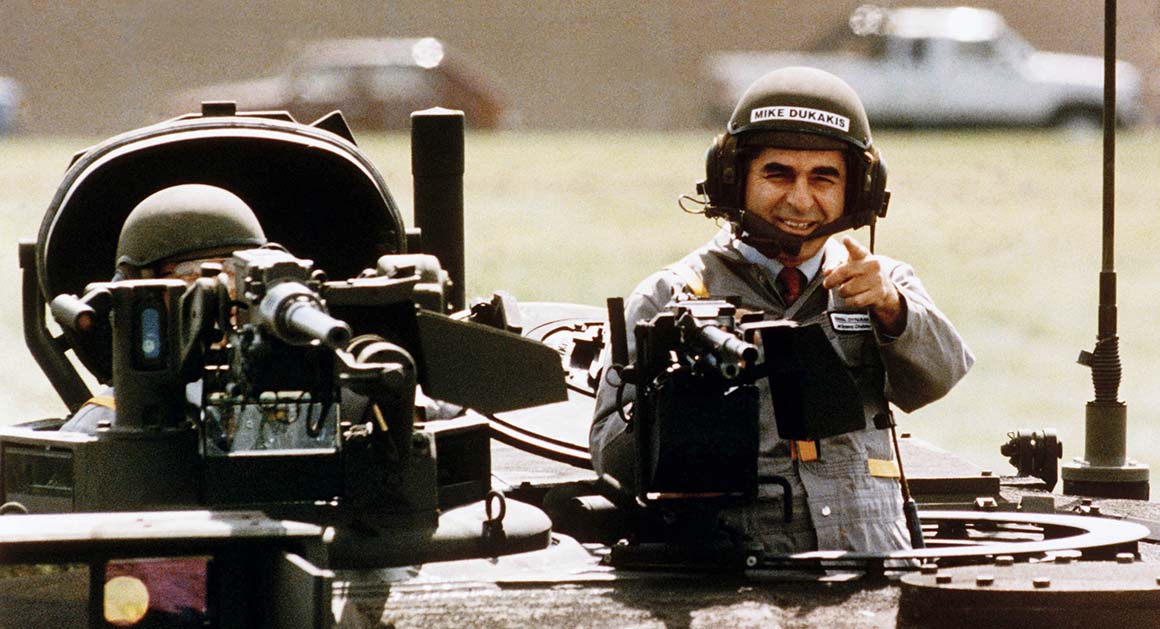 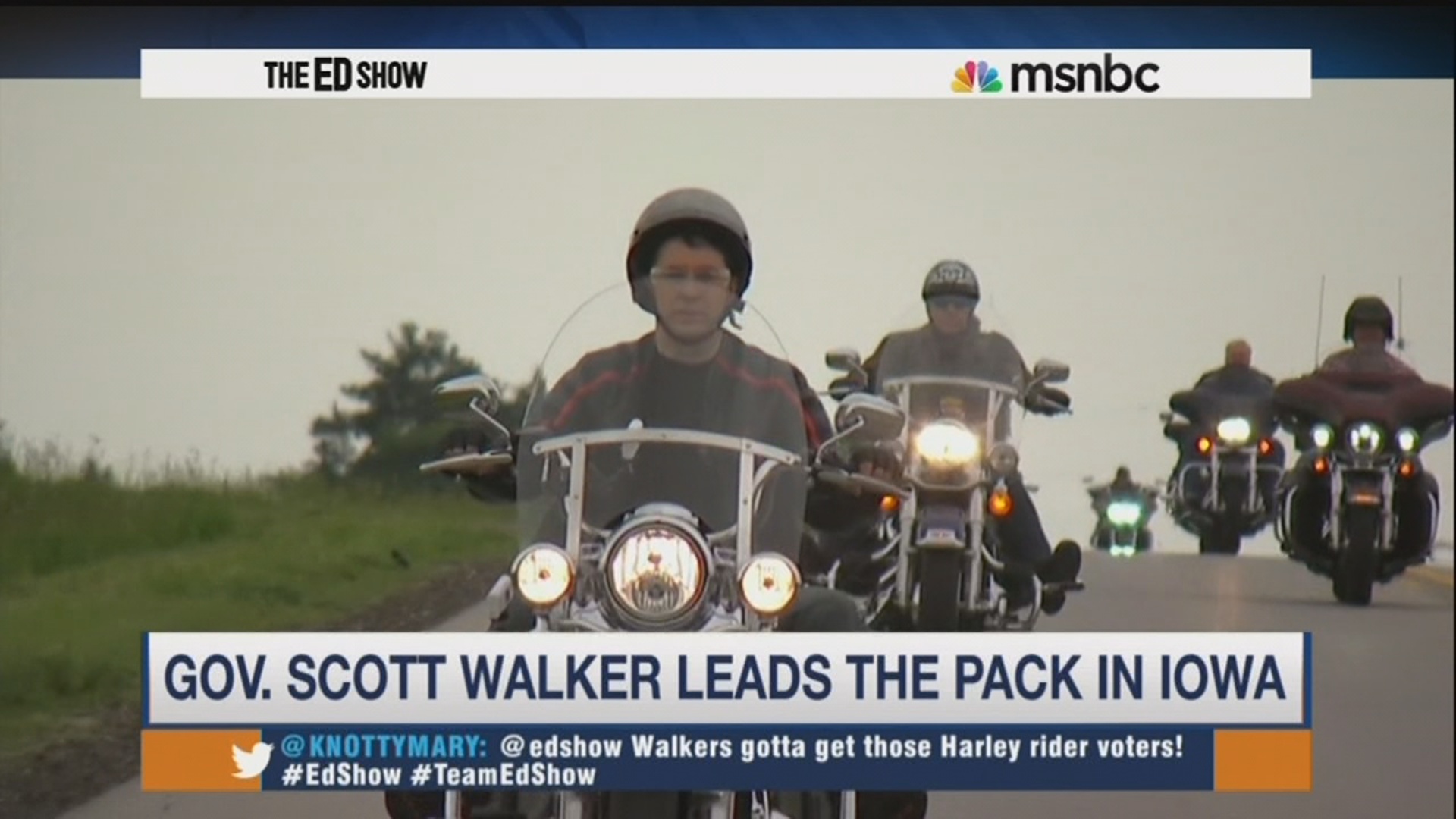