About That Strange New Book By Jorge Ramos

A few days ago I received the latest book by Jorge Ramos, titled "Stranger." The person who sent it to me said it was a gift, yet I have serious doubts about that, since I believe he really just wanted to pique my interest so that I'd read it and share my thoughts. The donor knows of my propensity to examine and analyze strange aspects in the lives of the characters that populate the Hispanic media and entertainment industry. 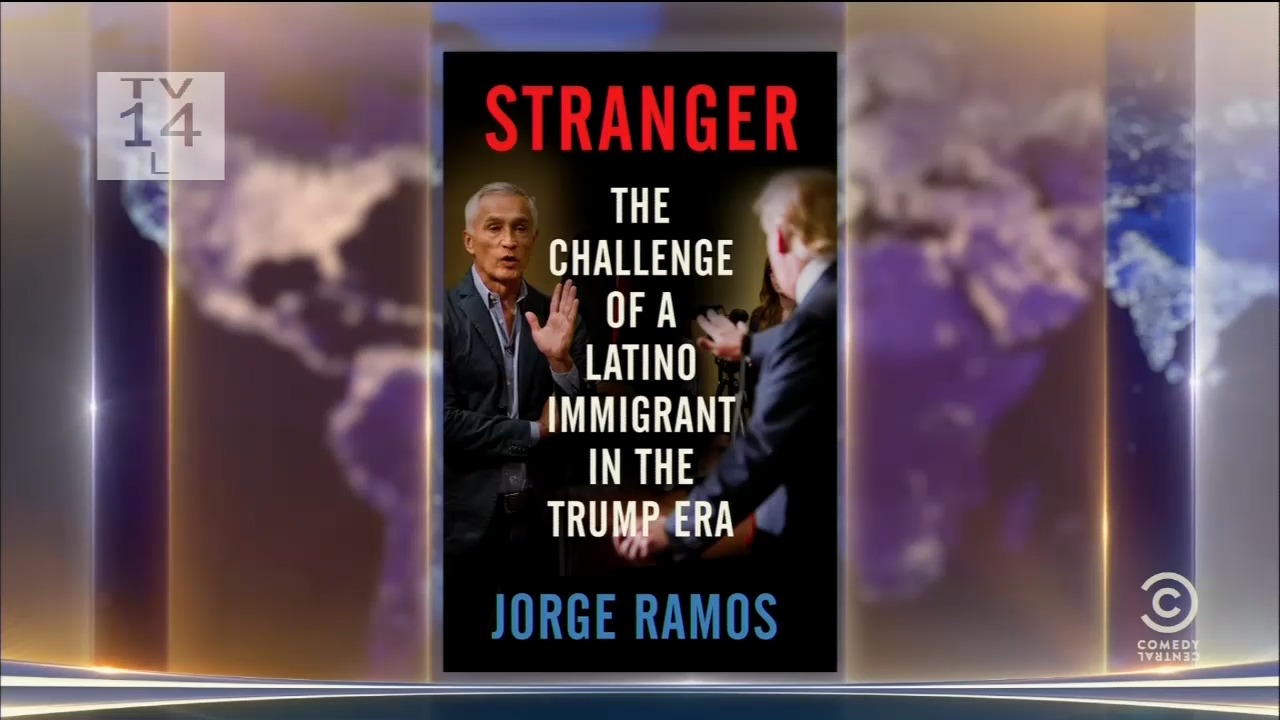 It only took me two days to read. Not because it was interesting, but because so much of what this self-described “opposition journalist” says in the book are things he has already said before on numerous occasions. Essentially, Ramos’ book is an attempt to vindicate himself in the face of the wave of accusations he has faced for his unethical behavior as a journalist.

I'll begin by saying that if this indeed was his objective, the book doesn’t help him. In fact, just the opposite. The first crass error is that he literally places Hillary Clinton’s imprimatur on the first page of the book, with a quote from the 2016 Democratic presidential candidate in which she explicitly endorses his obviously partisan journalism.

“As Jorge said, the best journalism happens when you take a stand,” Clinton gushes. With that alone, Ramos’ abandonment of the long-standing ethics of the journalistic profession could not be clearer.

The book is centered on the profound grievance Ramos feels for having been ejected by then candidate Donald Trump from an Iowa press conference, after Ramos attempted to launch into a protracted, liberal opinion-filled harangue against Trump without first being called upon by the candidate.

Come on, Jorge. Don’t think that by sheer force of repetition you can so easily get away with imposing your manipulative, dishonest version of events and statements. And there are plenty of journalism students out there who also see and judge for themselves, and would rather not follow your example, which invariably leads to a loss of professional credibility.

He also talks in the book about how the ‘Dreamers’ have been mistreated. I understand his concern, as many of us are also concerned for them. But it is preposterous for Ramos to now say they will be the ones who will vote politicians who oppose DACA out of office. Does he not understand that by definition DACA beneficiaries are not citizens, and thus cannot vote?

At the end of the day, this strange book by Jorge Ramos is just another testament to his enormous ego, as well as his ambition to lead a cause. It would have been more interesting had he forthrightly addressed the clear turn his career has taken, including the rumors of his impending departure from television - rumors that emanate from his own network.

Jorge Ramos’ career has clearly entered a new stage – one which is much more in keeping with the role of a prominent political activist than that of a nightly network news anchor. His new book is a further indictment of his pernicious brand of advocacy journalism, and only serves to fill his coffers.