Your Tax Dollars at Work Pushing DACA on Univision's Airwaves

Univision is out with another ad in partnership with the Obama administration. This time, U.S. taxpayer dollars are being spent for Univision morning show weatherwoman Ximena Córdoba to exhort beneficiaries of President Obama’s Deferred Action for Childhood Arrivals (DACA) program to renew the permits exempting them from deportation proceedings for another two years.

“If you are a young undocumented and fulfill the following requirements, you are on time to apply for DACA and obtain your work permit,” says the network’s glamorous weatherwoman, who ticks off the eligibility requirements and points viewers to the U.S. Citizenship and Immigration Services website for more information. 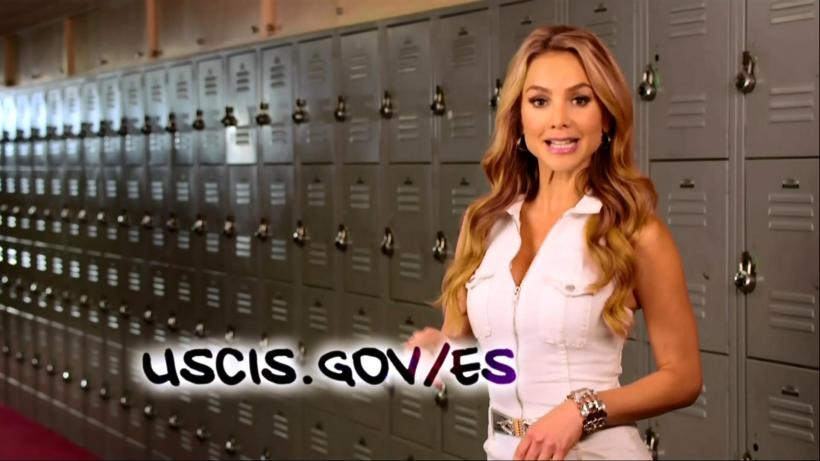 “You must renew your DACA 120 days before it expires,” Córdoba instructs the undocumented target population in the slick 30-second spot. The original DACA permits, which currently benefit approximately 560,000 unauthorized people in the United States, are valid for two years and were first made available by the Obama administration during the 2012 presidential election campaign.

The new, combined DACA/ObamaCare ads point to a fresh, multi-million dollar use of taxpayer money for the network. Since last year, Córdoba, as well as the network’s chief medical correspondent, Dr. Juan Rivera, have had starring roles in Univision’s ad series promoting ObamaCare enrollment.

In addition to the highly questionable expenditure of taxpayer dollars for the slick ads (as opposed to the government’s traditional reliance on more modest public service announcements for such campaigns), the ads also underscore the problematic use of network talent in the promotion of government policies and programs. The use of such talent in government ads is considered, with good reason, as compromising both the talent’s and their media outlet’s impartiality and credibility in discussing or reporting on government policies and programs.

Partiality in Univision’s news coverage of ObamaCare has been a chronic problem at the network, as documented by the Media Research Center’s April 2014 study Hispanic Media in the Balance. The content analysis of the network’s flagship news program, Noticiero Univision, found that over the course of four months, liberal advocates of ObamaCare were cited nearly five times as often as conservative opponents of Obamacare. Univision’s news coverage of ObamaCare has been frequently bracketed by promotional tie-ins and commercials, such as the kind identified here.

An English translation, along with the original Spanish version, of the above-referenced ad, is transcribed below.

CÓRDOBA: If you are a young undocumented and fulfill the following requirements, you are on time to apply for DACA and obtain your work permit. You have to have been continually living in the United States since 2007, arrived in the country before turning 16 and have been less than 31 years old in June of 2012. You must renew your DACA 120 days before it expires. Go on the website you see on screen for more information. Health begins here.