If you want to get a better idea of where Univision’s liberal bias comes from, just take a look at some of the sponsors behind the network’s programming. This became apparent once again during Univision’s recent televised “town-hall” meeting aimed at examining the predicament both President Obama’s executive immigration actions and the targeted beneficiaries of those actions currently find themselves in: Deferred Action on Childhood Arrival & Deferred Action for Parents of Americans, respectively.

Specifically, the organizations Mi Familia Vota (My Family Votes) and iAmerica.org displayed their ads on two screens behind the hosts of the “Immigration Relief in Crisis” special. The mission of Mi Familia Vota is to “unite the Latino community and its allies to promote social and economic justice through increased civic participation.” How do they go about doing this? Well, that includes “expanding the electorate through direct, sustainable citizenship.” That means seeking citizenship for more than 11 million unauthorized immigrants.

Similarly, iAmerica wants to “offer informational tools and interactive opportunities for immigrants and their families to become full participants in our nation’s democracy.” What can you expect when a national network has these types of sponsors?

During the special, Univision’s Fernando Pizarro reported that millions of dollars in federal funds continue to be spent on the President’s executive action, despite the fact that its key provisions are still stalled in the courts. For example, Pizarro’s report showed the Washington-area office complex that the Department of Homeland Security is renting for $8 million annually in order to house upwards of 1,000 contractors who will be hired to process amnesty claims.

In keeping with the ideological orientation of the sponsors, the program featured a bevy of liberal participants. Among them, Service Employees International Union Vice President Rocio Saenz, who made a point of expressing her anger against Republicans. “This blockage of DACA and DAPA is a strategy of the Republicans to confuse and create fear in our community,” she said.

Another guest included Gustavo Torres, Executive Director of the Casa de Maryland, who last year appeared in a Get Out the Vote Ad for the losing Democratic gubernatorial candidate in Maryland, and who also made a point during the program to emphasize “huge rage against Republicans.”

The referenced portions of Univision’s Immigration Relief in Crisis are transcribed below. 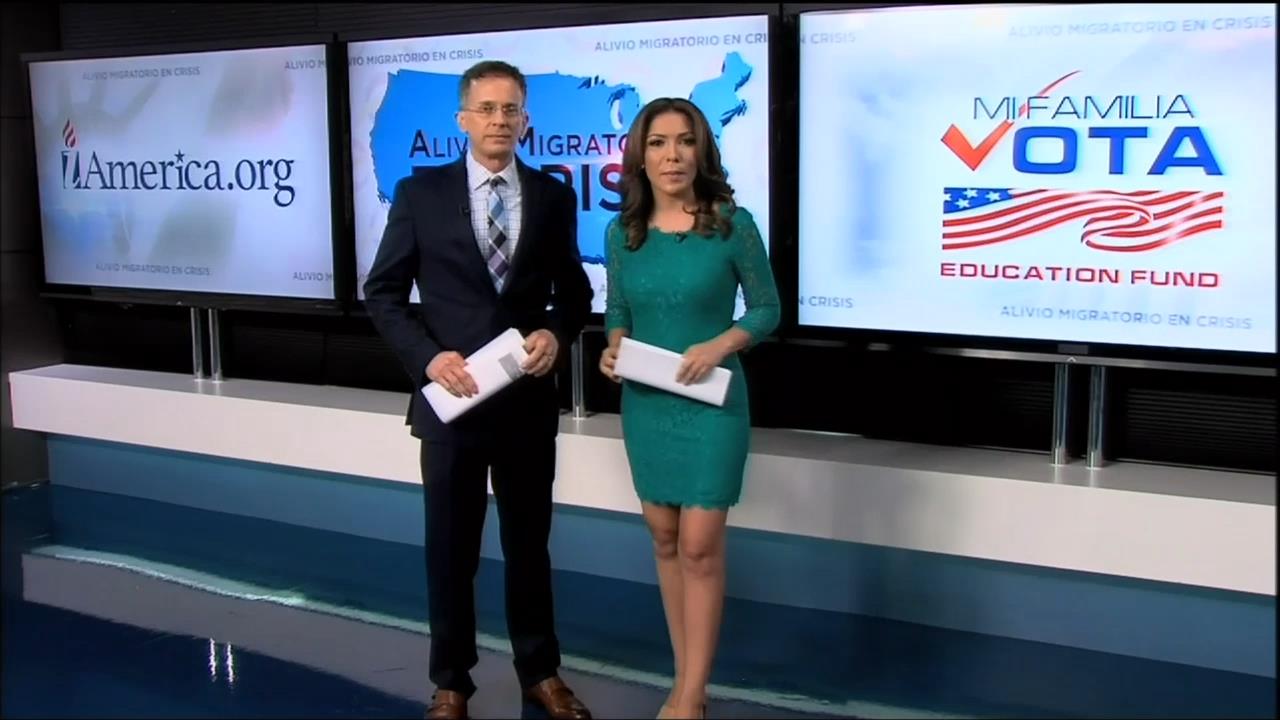 FERNANDO PIZARRO, CORRESPONDENT: At a cost of almost $8 million annually, the government had already rented this building in Virginia, expected to receive nearly one thousand employees to process the applications for undocumented parents of Americans. The Department of Homeland Security suspended the hiring process of three thousand employees devoted to the same end.

ROCIO SAENZ, INTERNATIONAL EXECUTIVE VICE-PRESIDENT FOR SEIU: We just have to remember the fact that the President acted because Congress refused to act—since it didn’t pass immigration reform. And I also want to remind people that all this process in the courts, or what we are seeing in the Congress against our community, the attacks and the rhetoric taking place also, and this blockage of DACA and DAPA, is a strategy of the Republicans to confuse and create fear in our community. What we know is that as a community we have the power. Within our families there are a lot of people who can exercise the right to vote, which is going to be essential in the next election, in order to leave a very clear message clearly to the leaders of this country. Especially the Republicans who have over and over again done these blockages and these attacks.

GUSTAVO TORRES, CASA DE MARYLAND: They demonstrate two things:a terrible frustration, but also a huge rage against Republicans. Definitely, this is what they are showing us. Obviously, we are inviting our community to get ready. And, in addition to that, to the Obama Administration that they not deport people who qualify for DACA and DAPA.