Univision’s habit of championing the presence of unauthorized immigrants was on full display in its coverage of a recent speech on immigration by Homeland Security Secretary Jeh Johnson. During the network’s morning show, Despierta América, host Satcha Pretto hyped what she called Johnson’s “solid defense of more than 11 million undocumented immigrants.”

SATCHA PRETTO: The Secretary of Homeland Security, Jeh Johnson, makes a solid defense in favor of more than 11 million undocumented immigrants. He said that these immigrants should not leave, and that the nation should take them into account.

In talking about the nation’s undocumented population, Johnson actually did categorically say “these people are here, they live among us and they are not going away” and thus gave the impression that across-the-board amnesty is Obama administration policy.

In fact, Johnson went so far as to lump the immigration lawbreakers among us in with the civil rights victims of old - “classes of people who, by virtue of their race, gender, religion, or nationality, exist on the margins of society and struggle to seek our acceptance.”

“It has been the tradition of this great Nation that, ultimately, we hear their claims and grant them relief,” Johnson declared.

Univision’s celebration of these remarks did not include, however, additional comments by Johnson on his agency’s ongoing efforts to make it harder for would-be lawbreakers to, as he put it, “cross our border illegally and evade capture.” These include numerous DHS law enforcement measures, such as more Border Patrol agents on the ground, fencing, underground sensors and surveillance systems, including drones.

The network also noted, like Johnson, that illegal crossings are down so far this year, after spiking during last year’s wave of unaccompanied minors. Interestingly, Secretary Johnson also noted that ongoing public mistrust of the administration in its handling of immigration is due in part to “not enough immigration data has been shared publicly by the Department of Homeland Security.” In his speech, Johnson pledged to “share more information.”

The transcript of the referenced Despierta América segment is below: 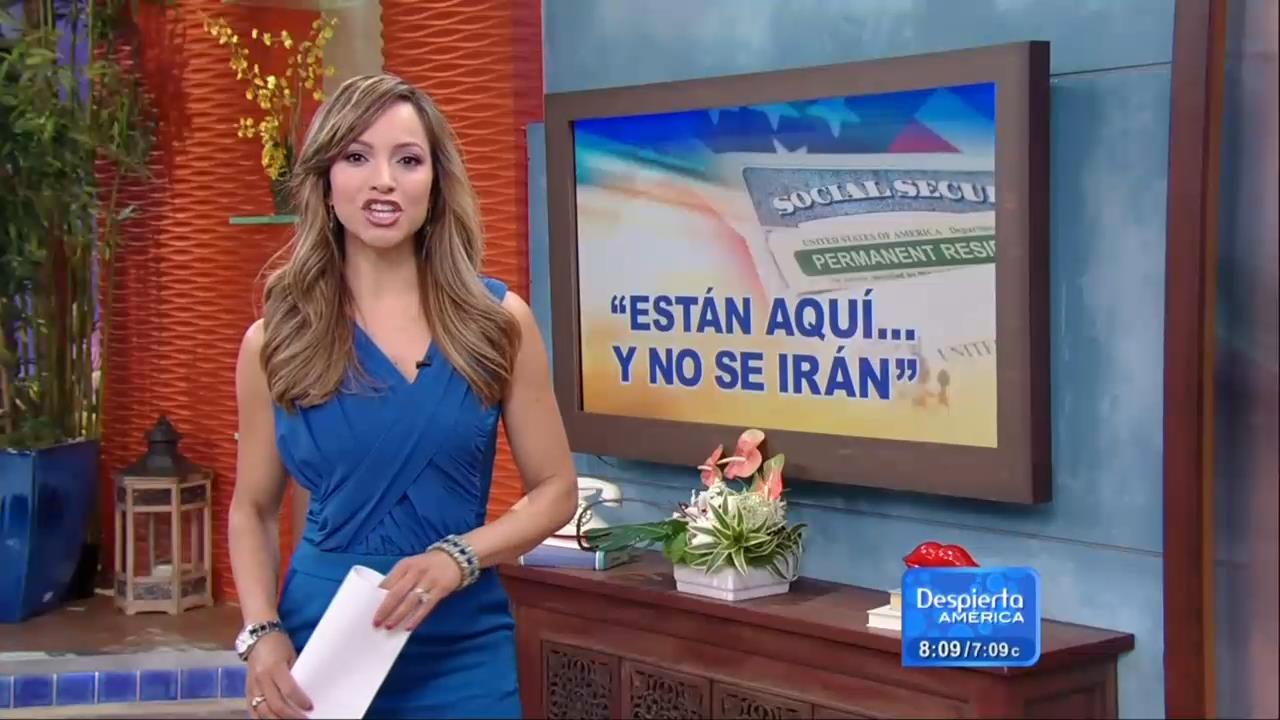 SATCHA PRETTO: The Secretary of Homeland Security, Jeh Johnson, makes a solid defense in favor of more than eleven million undocumented immigrants. He said that these immigrants should not leave, and that the nation should take them into account. He emphasized that the majority of them have been living here for more than ten years, and that many have wives or children who are American citizens or legal permanent residents. Johnson also emphasized that the number of undocumented immigrants entering the country was notably lower in the last two decades.