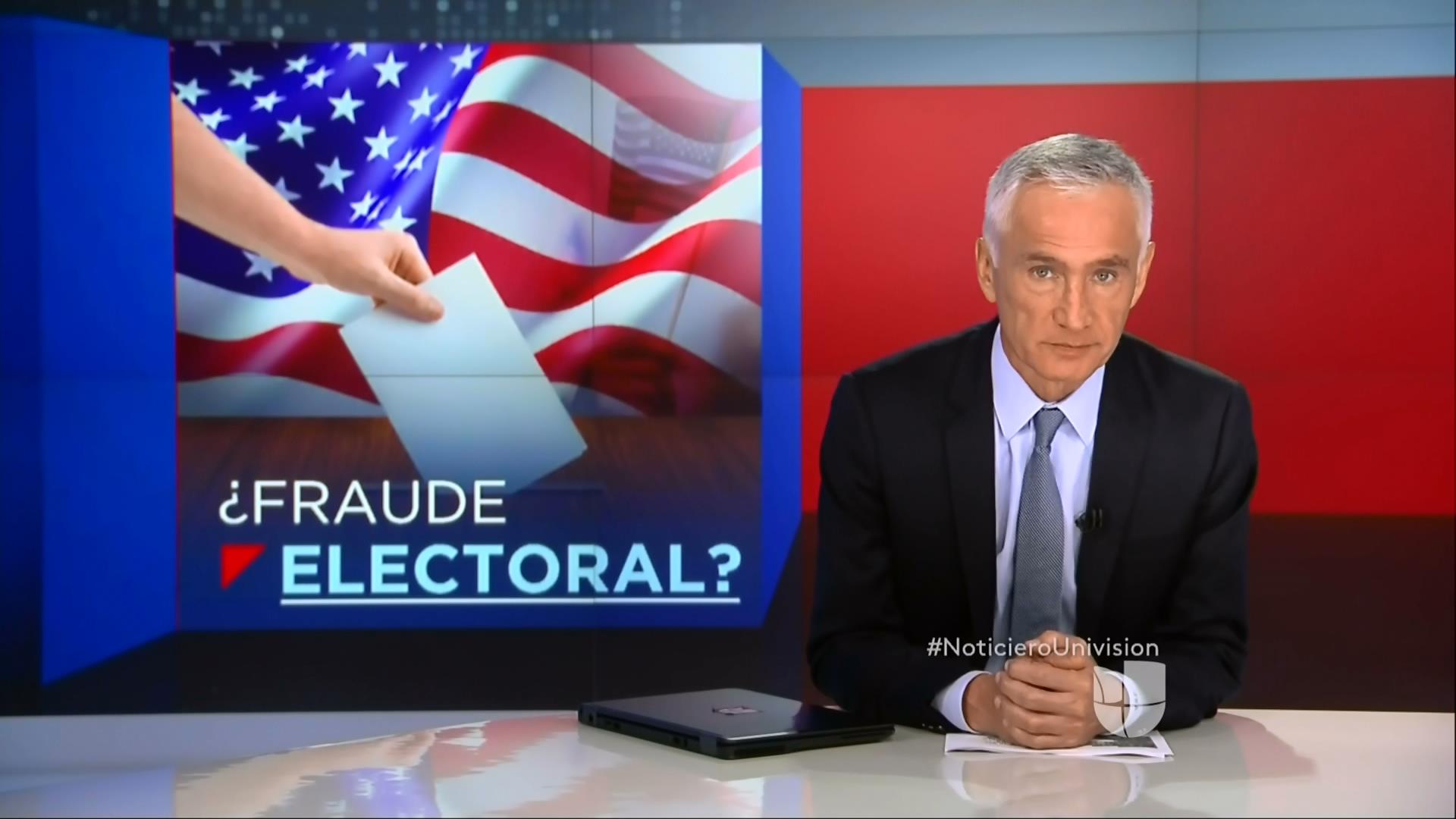 Along with their colleagues in much of the rest of the national media, several members of Univision’s news crew have also been guilty of telling outright lies lately, in which they completely dismiss the reality of voter fraud problems in the United States.

In the online article “The Myth of Fraud and Other Strategies to Limit the Minority Vote” Univision’s Jenny Manrique favors sources at the liberal Brennan Center for Justice in New York to buttress her argument that there is no evidence of voting by non-citizens and other significant voting irregularities, despite ample evidence of such practices throughout the country, including over 4 million ineligible and dead voters on U.S. voter rolls, as indicated by former U.S. Justice Department Voting Section Attorney J. Christian Adams.

LUIS MEGID, CORRESPONDENT, UNIVISION: The incident is a sample of how political debate has deteriorated.

DONALD TRUMP, REPUBLICAN PRESIDENTIAL CANDIDATE: [in English] It looks to me like a rigged election…

LUIS MEGID, CORRESPONDENT, UNIVISION: The complaints from Donald Trump that the election is rigged don’t help. Especially because there is no evidence that voter fraud has existed or currently exists.

LUIS MEGID, CORRESPONDENT, UNIVISION: Even though facts confirm that in U.S history a presidential election has never been distorted by electoral fraud...

DONALD TRUMP, REPUBLICAN PRESIDENTIAL CANDIDATE: [in English] It looks to me like a rigged election...

If Manrique and Megid had bothered to present comprehensive, accurate reporting on the subject, they would have also referenced the 2012 Pew Charitable Trust report that “approximately 2.75 million people have active registrations in more than one state”. Finding that “America’s voting registration needs an update”, the report said that one of every eight active registered voters’ registrations aren’t even valid or are “significantly inaccurate.” It doesn’t end there - the report also indicated that 1.8 million dead people are still registered as active voters.

In addition to ignorance of U.S. election history where voter fraud has affected electoral outcomes, Univision’s most recent reporting on the subject has also ignored legitimate concerns about non-citizens voting in U.S elections. In October 2014, Old Dominion University posted a study that concluded that in 2010, 25% of the non-citizen population was registered to vote, including legal and unauthorized residents of the United States.

Furthermore, the FBI, supported by local law enforcement, recently launched an investigation into 19 deceased Virginians re-registering to vote. A Young Virginia Democrat later confessed to the fraud. There’s also the recent study by the Public Interest Legal Foundation that found evidence of thousands of non-citizens who are registered to vote and on the voter rolls of that same state.

The support for non-citizen voting at Univision is not surprising, as coverage on the network earlier this year also cheered the prospect of such voting in Mayor Bill de Blasio’s New York City.

We can only hope Univision’s reporters will be more honest and accurate in their reporting on this subject going forward. The good thing about the news business is that the path towards restoring one’s credibility is always there, just an honest story away.