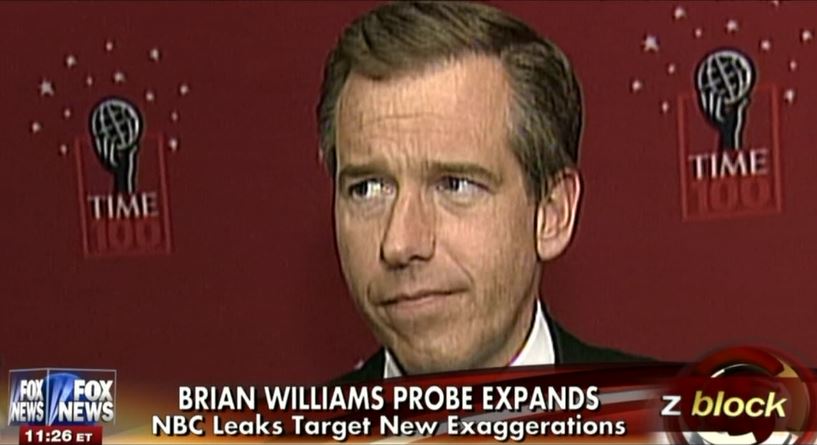 As reported by The Washington Post’s Paul Farhi on Saturday, “A months-long internal investigation of Brian Williams by NBC News has turned up 11 instances in which the anchorman publicly embellished details of his reporting exploits, according to a person familiar with details of the probe.”

The item follows a Friday report by Farhi that journalists in NBC’s Washington D.C. bureau were adamantly opposed to Williams ever returning to the Nightly News anchor desk: “One person who attended the Washington meeting described the overall tone as a ‘bloodbath’ for Williams.”

A piece in Friday’s New York Times detailed how Williams significantly embellished his experience reporting on the Arab Spring in Egypt:

Speaking of clashes between protesters seeking the overthrow of the Egyptian government, and a pro-government group on horses and camels, he said he had “actually made eye contact with the man on the lead horse”....Subsequent reports said that Mr. Williams was reporting “from a balcony overlooking Tahrir Square,” rather than from inside the square itself...

On Saturday, Fahri described yet another tall tale from Williams being brought into question:

The investigators, led by NBC News senior executive producer Richard Esposito, have also raised doubts about Williams’ comments about his experiences covering Israel’s military action against Hezbollah in Lebanon in 2006. In an interview with a student-run television station at Fairfield University in Connecticut in 2007, Williams said he saw rockets passing “just beneath” the Israel helicopter in which he was traveling. But Williams gave a less harrowing account of the same trip in an NBC News blog a year earlier.