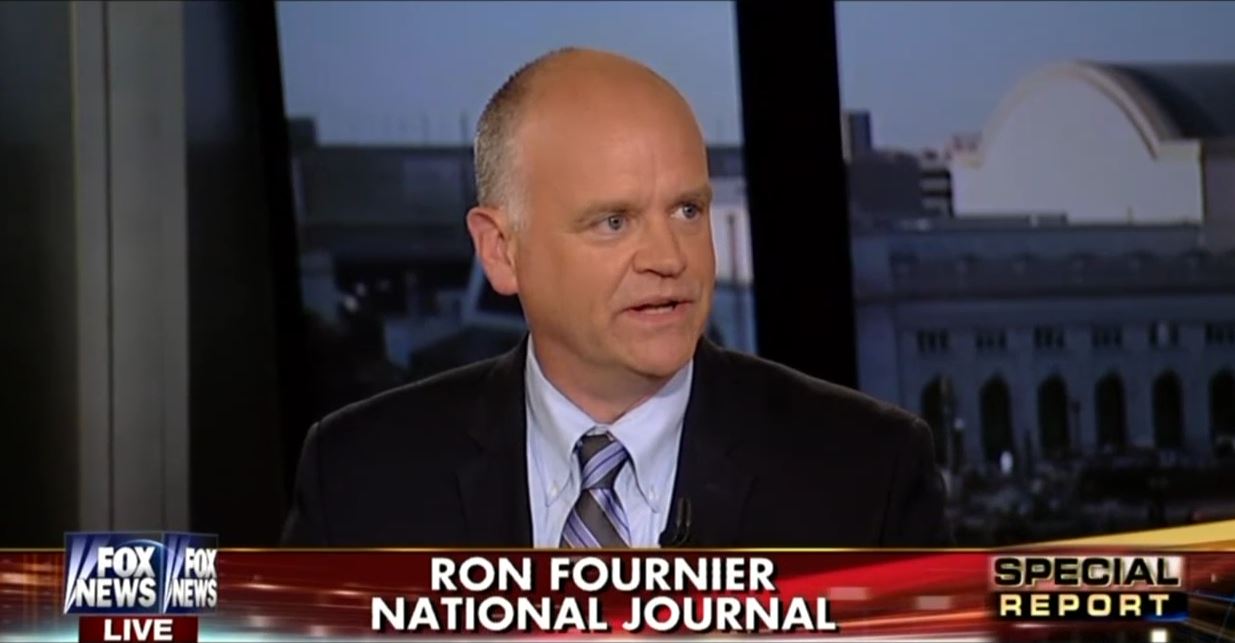 In a Tuesday article for National Journal, senior political columnist Ron Fournier blasted Hillary Clinton over the breaking email scandal and even suggested she give up her presidential ambitions: "Perhaps Hillary Rodham Clinton shouldn't run for president....Because she doesn't seem ready for 2016. Like a blast of wintry air in July, the worst of 1990s-style politics is intruding on what needs to be a new millennium campaign: Transparent, inspirational, innovative, and beyond ethical reproach."

After citing a New York Times report that Clinton may have violated federal law by using a private email address to conduct business as secretary of state, Fournier declared: "Those are our emails, not hers. What is she hiding? Transparency isn't the only issue. Clinton exposed confidential and potentially dangerous information to a nonsecure, commercial email system. She gave Chinese spies a better shot at reading her emails than U.S. taxpayers."

Fournier further posed the question: "The rest of us are required to play by the rules. Why does Clinton think she's above them?"

Pointing to team Clinton's defense strategy, Fournier called out the would-be 2016 contender for using the same tired tactics of the '90s: "Clinton aides quickly funneled through friendly media channels examples of Republicans who used private emails, such as former Secretary of State Colin Powell and former Florida Gov. Jeb Bush....This is another Clinton trope: Deflect attention from their wrongdoing by pointing fingers at others – as if two wrongs make a right and they had never promised to set a higher standard."

Fournier ripped the Clintons' attempt to deny the reality of the scandal: "Clinton spokesman Nick Merrill told The Times that she has been complying with the 'letter and spirit of the rules.' No, she hasn't. But here again is a reminder of the 1990s: When cornered, the Clintons denied facts and demonized detractors."

Early in the piece, Fournier noted that the emails were just the latest scandal plaguing the Clintons:

Two weeks ago, we learned that the Clinton Foundation accepted contributions from foreign countries. Assurances from the Obama administration and Clinton aides that no donations were made during her tenure as secretary of State were proven false.

I called the actions sleazy and stupid. Sleazy because any fair-minded person would suspect the foreign countries of trying to buy Clinton's influence. Stupid because the affair plays into a decades-old knock on the Clintons: They'll cut any corner for campaign cash. In the 1990s, Bill Clinton and his top aides used the White House as a tool to court and reward big donors.

We've had sleazy and stupid – and, now, with these emails, suspicious. If she runs, are we going to have a full Seven Dwarfs?

He added: "Clinton's problem isn't a lack of staff. It's a lack of shame about money, personal accountability, and transparency."