In an exclusive interview with White House National Security Adviser Susan Rice on Wednesday's Today, co-host Matt Lauer actually questioned the administration's handling of terrorism: "Think of the things we're talking about here with the Khorasan group, with ISIS and the territory they've taken in Iraq, with the threat to airline travel internationally, with beheadings that we're seeing on camera. What happened to the days when the administration was able to say it felt confident that we had dealt a crippling blow to Al Qaeda and Islamic militants?" [Listen to the audio]

Unfortunately, Lauer failed to use the opportunity to grill Rice on the 2012 Benghazi terrorist attack in Libya, which she infamously spread false information about and which occurred precisely at the time when President Obama was asserting that Al Qaeda had been "decimated" on his watch.

In response to Lauer's question, Rice argued: "We have been focused for many years, as you know, on Al Qaeda in Afghanistan and Pakistan, what we call Al Qaeda core. And that element of Al Qaeda...has been substantially degraded and doesn't at this stage pose nearly the same type of threat that it used to."

Lauer went on to press Rice on Obama's refusal to use American combat troops to fight ISIS: "Martin Dempsey, the chairman of the joint chiefs, has said he would recommend ground forces if air strikes are insufficient. Has the President boxed himself in here?...Might he have to go back on that promise?"

On September 11 – the two-year anniversary of Benghazi – CNN's Wolf Blitzer had an exclusive interview with Rice, and like Lauer, failed to ask a single question about the terrorist attack that killed four Americans.

Here is a full transcript of Lauer's September 24 interview with Rice:

SUSAN RICE: Good to be with you, Matt.

[ON-SCREEN HEADLINE: Imminent Threats Against U.S.; How Close Was Khorasan to Carrying Out Plot?]

LAUER: Let's talk about the air strikes against the Khorasan group 36 hours ago. Based on the intelligence you're seeing from the air and on the ground, how much damage was done? 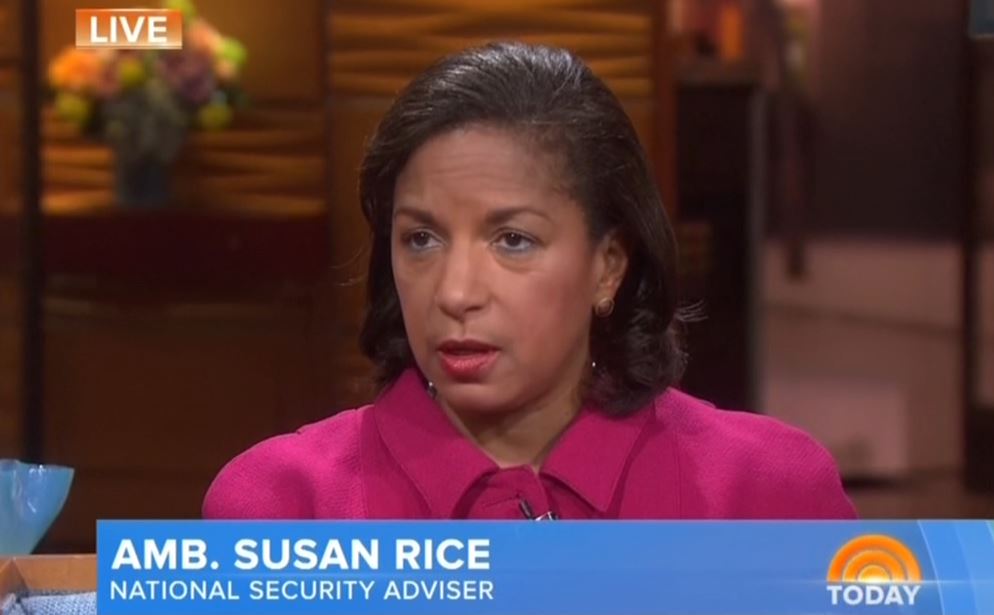 RICE: Well, Matt, we think the strikes had an impact, an important impact. Obviously, this won't be the last of our efforts. But this was a first wave, we'll see subsequent waves.

LAUER: Can you quantify it, though, for me?

RICE: Can't exactly quantify it. We have something we call battle damage assessment, which is a rolling assessment of the impact of our strikes. I think the first instance, we feel very good about our success. But we'll continue to take a look and we'll be doing more.

LAUER: The leader of that group, Mushin al-Fadhli, is said to be a guy who knew about the 9/11 attacks before they occurred, he was said to be the leader of Al Qaeda in Iran. There's a $7 million bounty on his head. Was he killed?

RICE: We can't confirm that at this stage but we have seen reports on social media to that effect. We will continue to look for signs as to whether or not that's, in fact, the case.

LAUER: Is he the new Osama Bin Laden?

RICE: No. He was an aide to Bin Laden back in the early stages of Al Qaeda. He's obviously a dangerous operative but, no, he has nothing like the cache of Bin Laden.

LAUER: Let me move on to ISIS. I know you're aware of the Australian reports of last week, where law enforcement officials there broke up what they said was a ring of ISIS operatives who were in the country, planning to kidnap Australian citizens and behead them randomly. Do you have credible intelligence, Ambassador Rice, that would tell you that ISIS operatives, ISIS-trained operatives, are currently on American soil?

RICE: Matt, we do not have any indications at the present of active, concrete plotting by ISIL against the United States homeland. So, the answer to that at this stage is no. But we do know, Matt, that they're dangerous, they have threatened Americans, killed Americans in the region. They threaten our interests in the region. They threaten Europe. And they could, with time, be an approximate threat to the homeland. 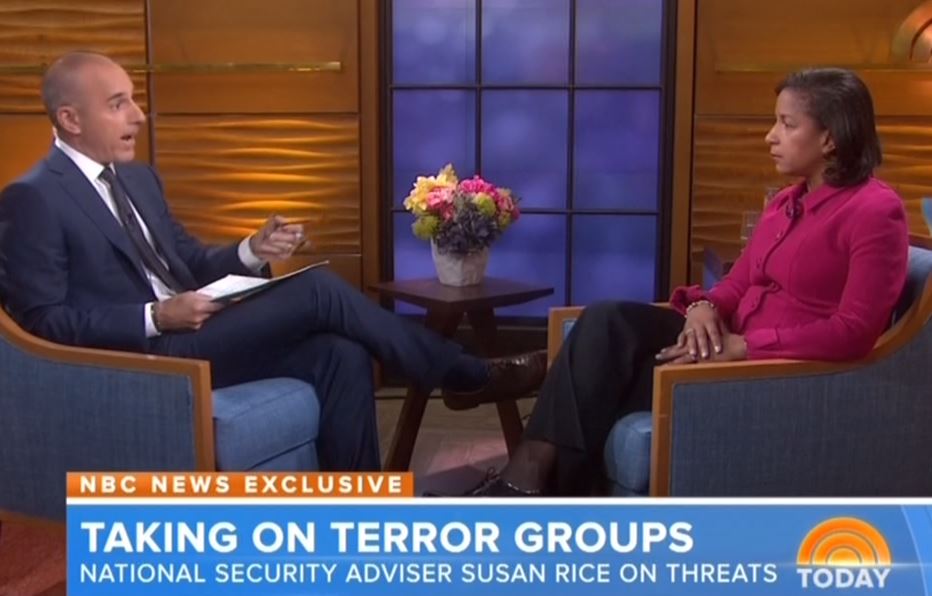 LAUER: Think of the things we're talking about here with the Khorasan group, with ISIS and the territory they've taken in Iraq, with the threat to airline travel internationally, with beheadings that we're seeing on camera. What happened to the days when the administration was able to say it felt confident that we had dealt a crippling blow to Al Qaeda and Islamic militants?

RICE: Well, Matt, understand what we've been saying. We have been focused for many years, as you know, on Al Qaeda in Afghanistan and Pakistan, what we call Al Qaeda core. And that element of Al Qaeda, which is the one that hatched the 9/11 plot and executed it, has been substantially degraded and doesn't at this stage pose nearly the same type of threat that it used to.

What has happened, though, over years, is that Al Qaeda has metastasized. Imagine a cancer that had an original tumor. Now elements of the cells of that tumor have moved to places like the Arabian peninsula, Yemen, parts of Africa, Somalia, and what we call the Sahel region, Mali. And now also to Syria. So we are having do deal with each of these cells. As you've seen, we've taken action in Yemen, we've taken action in Somalia, and now we're taking action, as necessary, in Syria.

LAUER: And it's a long-term fight. And the President has said there will be no U.S. combat troops on the ground. Martin Dempsey, the chairman of the joint chiefs, has said he would recommend ground forces if air strikes are insufficient. Has the President boxed himself in here, Ambassador Rice?

LAUER: Might he have to go back on that promise?

RICE: Matt, no. I think it's important to understand what General Dempsey said. And I work with him everyday, he's a great guy. And he is giving the President his best advice. And what he said, in fact, is not that he would recommend large quantities of American ground forces going into combat. In fact, he's not recommending any American boots on the ground in combat.

But what he doesn't envision, and what none of us think is necessary, is a large ground combat operation of the sort we had for many years in Iraq. One thing we learned, and it's very important for people to understand, is that these fights have to be waged and won by local forces. It's their country. It's their territory. If any gains are to be sustained, they have to do it.

LAUER: But we spent a lot of time training the Iraqi military and some of those very people we trained took off their uniforms and ran at the first sight of those ISIS militants.

RICE: That's true, some did. But others took back Mosul Dam and held Haditha Dam, and have taken the fight directly to ISIL. What happened in Iraq was a tragedy of leadership, Matt. We had a leadership that governed on a sectarian basis, that wasn't inclusive. Now we have a new government and a new prime minister, with whom the President met yesterday and will meet again with today. And that's why the President waited until a new Iraqi government was formed that was inclusive and represented all of Iraqis before we took direct action in Iraq.

LAUER: Ambassador Susan Rice, great to have you here. Thank you.

RICE: Great to be back.

LAUER: I know you have a very busy day. Appreciate you joining us.

RICE: Good to be with you.