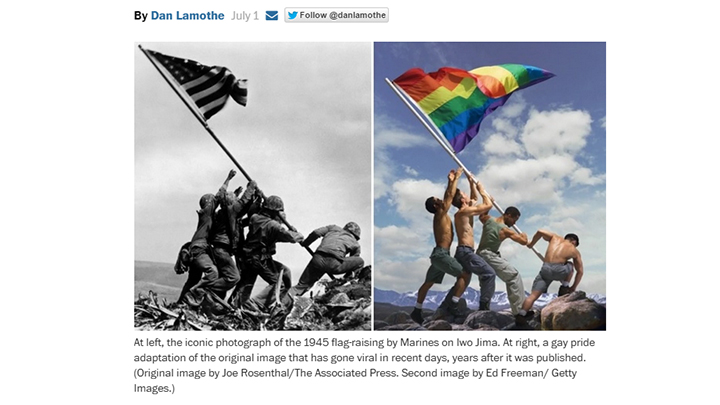 An image many call provocative, if not offensive, has caused an uproar on social media platforms since last week. The photo, taken by gay artist Ed Freeman of young men holding up a rainbow flag, replicates the iconic picture of Marines and a Navy Corpsman raising the American flag at Iwo Jima in 1945. 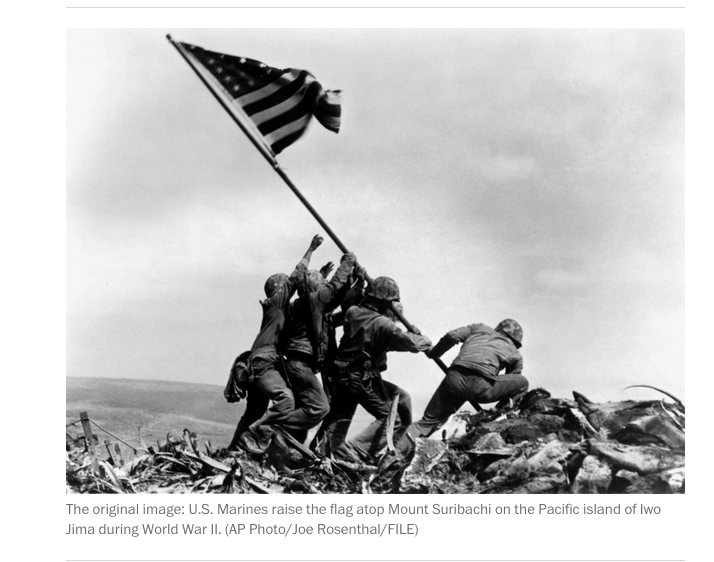 The Washington Post decided to highlight the controversy July 1 and let the artist defend himself. Freeman told the Post that the image originally for a cover of the gay magazine, Frontiers, was taken over ten years ago. After the Supreme Court ruling last week, someone shared the image and people started sending him hate mail, even death threats. But Freeman didn't shy away from the controversy, posting the image on his Facebook. 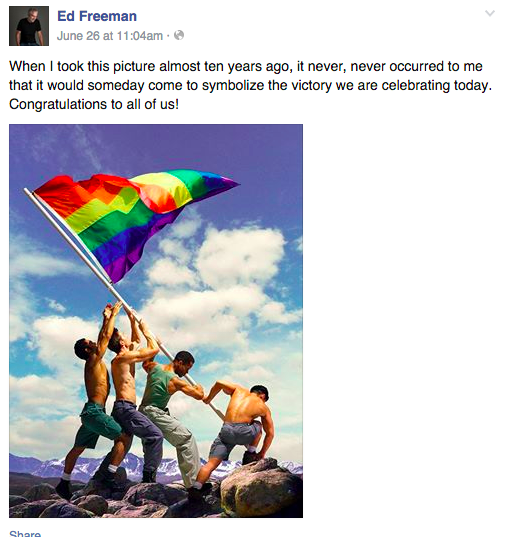 Freeman claimed that he took the picture for a gay audience, not for “straight people from small towns in Idaho.” He denied charges that he meant to be disrespectful. There’s “no way in hell” he meant his image to be scandalous, he told The Post.

The Washington Post’s Don Lamothe seemed dismissive of the image’s detractors as well. “Outrage” over artistic adaptations of the flag is “nothing new,” he wrote. The Iwo Jima image has been altered “countless times,” he reasoned, seemingly siding with Freeman.

Freeman blamed the disappointment over the recent Supreme Court ruling for the backlash against his photo. “I guess I get to be the whipping boy,” he told The Washington Post. “I’m fine with that if that’s what it takes.”

Though Freeman claimed he meant no harm, he is not backing down from the controversy. He told the Post that one of his critics suggested he alter more iconic images from history from a gay rights perspective.

Freeman certainly isn’t the first one to exploit a patriotic image. Athletic wear company Under Armour recently came under fire for altering the iconic image to sell a basketball shirt. Teen clothing company Pacific Sunwear also sold a shirt with the American flag upside down which caused an uproar on social media and forced the company to apologize for the blunder.