Chris Matthews: Teddy Would Have Made It On to JFK's List of 'Greatest Senators' of All Time

If then-Senator John F. Kennedy could have looked into the future and seen his youngest brother's career in the world's greatest deliberative body, he'd have named Sen. Ted Kennedy among the best to ever graced its hallowed halls, insisted Hardball host Chris Matthews in his effusive Let Me Finish commentary on the March 30 program, pegged to the opening of the Edward M. Kennedy Institute for the United States Senate.

CHRIS MATTHEWS: When we return, let me finish with the man who loved the Senate as much as any man in history. We'll be right back. 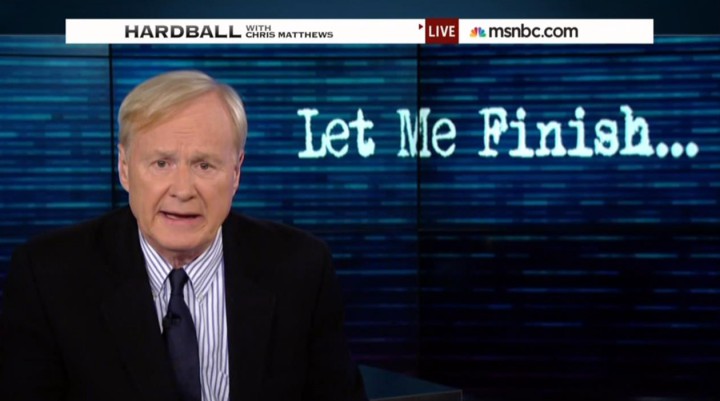 MATTHEWS: Let me finish tonight with Ted Kennedy. How can this country not love the fact of this new Edward M. Kennedy institute for the United States Senate? As of today, there's a place where Americans can see and experience the role of an U.S. senator. They can walk into the Senate chamber, actually an exact full-scale replica of it. They can exercise their right to vote as a member of what's been called the world's greatest deliberative body. And for a few moments they can imagine themselves a real-life Mr. Smith Goes to Washington. Standing out there all alone for the principles they hold dear.

I love the fact that Vicki Kennedy, the senator's widow, was such a driving force behind this institute, knowing as she does the love her husband had for it and for the body it honors.

Back in the early 1950s, a young senator from Massachusetts with an historic bent was asked by his colleagues to select the greatest senators in history. As I've said before, he could only look backwards. Had he been able to look forward, he would have included his youngest brother.

Shh! No one tell Chris that Ted Kennedy was a sponsor of the federal Religious Freedom Restoration Act, you know, the bill on which Indiana's "controversial" religious-freedom bill is based.