‘Madam Secretary’ Recreates Secretary of State as Savior of Benghazi

History is written by the victors – and, it would seem, the media.

CBS’ “Madam Secretary” outdid itself burnishing the fictional Hillary Clinton reputation with its second episode entitled, “Another Benghazi.” The Sept. 28 episode included everything from the Faux Hillary answering a 3 a.m. call (1:06 a.m. actually) to using extra State Department resources to ensure the safety of our ambassador – this time in Yemen. 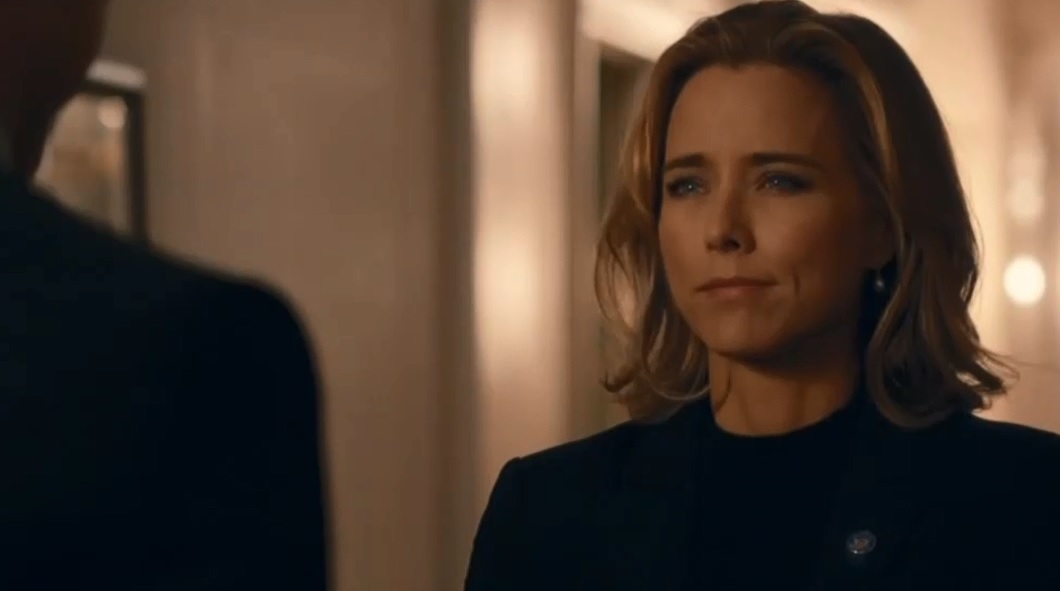 Premiering Sept. 21, “Madam Secretary” stars Tea Leoni as Elizabeth McCord, a CIA agent turned Secretary of State, and boasts Lori McCreary and Morgan Freeman as executive producers. The inspiration came largely from (who else?) former Secretary of State Hillary Clinton. “Morgan was watching Hillary [Clinton] during the Benghazi hearings,” stressed McCreary. “He called me and said, ‘What did she go home to, what does she talk about?”

But in recreating "Another Benghazi" – "another Hillary" – the show overlooks the horrific tragedy that occurred to Americans abroad.

For this Benghazi, the Secretary of State jumped to the rescue. “I'm happy to defend actions that protect our people,” McCord emphasized.

She was the hero who could do no wrong. When in the midst of the crisis, McCord’s son defended, “It’s not a kingdom, all right? She can’t just do what she wants.” But when her strategy succeeded, McCord took offense at crediting the “L” word: “lucky.”

Not only did Tea Leoni’s Secretary of State save the life of ambassador by her own hand, but also her efforts helped correct the bad habits of the mercenary company she uses for security. A far cry from the “Original Benghazi.”

Rather than remembering the four lives lost, the show celebrates a reconstructed "history."

And what’s “Another Benghazi” without digs at the right? The show included a congressional committee chairman too cheap to fund embassy security, a comment that one news outlet was demanding to see her birth certificate and college records as well as an obnoxious security company head who, naturally, voted for the other party.

Like a watchdog preferring the juicy meat, the media latched onto the show's pitch by favoring the cushy imaginings propelling their favorite into the spotlight. It's left up to Americans now, to vote with their remotes.