Reuters Columnist: Humans Could Go Extinct in 100 Years Because of 'Climate Apocalypse' 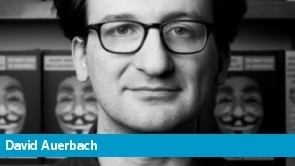 Although labeled as “The Great Debate,” a Reuters story about the necessity of drastic change to avert “the climate apocalypse that has already begun” was anything but a debate.

Slate Magazine’s Bitwise tech columnist David Auerbach wrote that June 18 Reuters column with the dramatic headline: “A child born today may live to see humanity’s end, unless…” He promoted Australian microbiologist Frank Fenner’s claim that humans could be extinct in 100 years because of “overcrowding, denuded resources and climate change.”

Auerbach also claimed that eliminating carbon emissions in 85 years might be “far too late.” He denied that predictions of  “climate apocalypse” were alarmist and said that the world was “already in far bigger trouble” that the U.N. admitted.

He described negotiations ahead of the United Nations Climate Change Conference in Paris later this year as “simply insufficient,” adding that proposed agreements “only offer a small chance of preventing the earth from becoming mostly uninhabitable -- for humans at least -- over the next few centuries.” In addition to reducing emissions, Auerbach said that “Cold War-level of investment research into new technologies” was needed to “reverse the climate apocalypse.”

That one-sided column included no skepticism of climate alarmism and failed to point out the failures of climate models to accurately predict temperature changes, the global warming “pause” of recent years, and other inconvenient facts.

But the hyperbole comes as no surprise, since Reuters has a history of climate change fear mongering. Former Reuters correspondent Jeremy Lovell claimed in September 2007 that the threat of climate change was “on a par with nuclear war unless urgent action is taken.”

In July 2011, Reuters also published a story claiming American media granted climate skeptics “a disproportionate voice” in stories compared to European media, despite global warming having “long been settled among scientists.” However, MRC Business has found the opposite. During six months of network news coverage in 2007, 79 percent of stories on climate change didn't mention skepticism or anyone who dissented from the so-called “consensus” on global warming.