During Hillary Clinton’s first national interview on CNN Tuesday, the Democratic presidential candidate was pressed about her use of a private e-mail server during her time as Secretary of State, but both PBS and NPR ignored the topic during their post-interview coverage on Tuesday night and Wednesday morning.

On Tuesday, PBS NewsHour gave a barely a minute to the Clinton interview with anchor Judy Woodruff focusing exclusively on how she “went after Donald Trump and his fellow Republicans on immigration.”

The PBS reporter then played a brief clip of Mrs. Clinton tying the entire Republican Party to Donald Trump on the issue of immigration before she noted “Clinton said she favors a path to citizenship for migrants, while the Republican hopefuls do not.” While PBS barely found time to cover Hillary’s first national interview, the network devoted 5 minutes to an interview with Omar Perez, the son of Cuban revolutionary Che Guevara.

On Wednesday’s Morning Edition, NPR’s David Greene devoted the entirety of its coverage to the rise of Bernie Sanders as she hyped “[h]ere  some of the signs that Bernie Sanders's presidential campaign is for real - large turnout at events, campaign cash coming in, poll numbers on the rise and now add this - the front-runner for the Democratic nomination was forced to talk about him.”

In her piece, reporter Tamara Keith proclaimed “Feel the Bern, that's how Bernie Sanders supporters describe what's been happening. The independent senator says it's a political movement...” The rest of her Clinton coverage focused on the huge crowds the Socialist has gotten at his recent events before stressing that Clinton’s folks expect a long primary fight:

ELAINE KAMARCK: Usually, for all the drama in between, frontrunners win, OK (laughter)?

KEITH: Elaine Kamarck is the author of the book, "Primary Politics," and was a super delegate for Hillary Clinton in 2008.

KAMARCK: The question is, for those people who don't like Hillary Clinton, there's always a sort of anybody-but movement.

KEITH: Kamarck says Sanders has consolidated the support of the anybody-but voters. Mo Elleithee agrees. He's executive director of the Georgetown Institute of Politics and Public Service. In 2008, he worked for Clinton, and in the year 2000, he worked on the campaign of another anybody-but candidate, former Senator Bill Bradley. 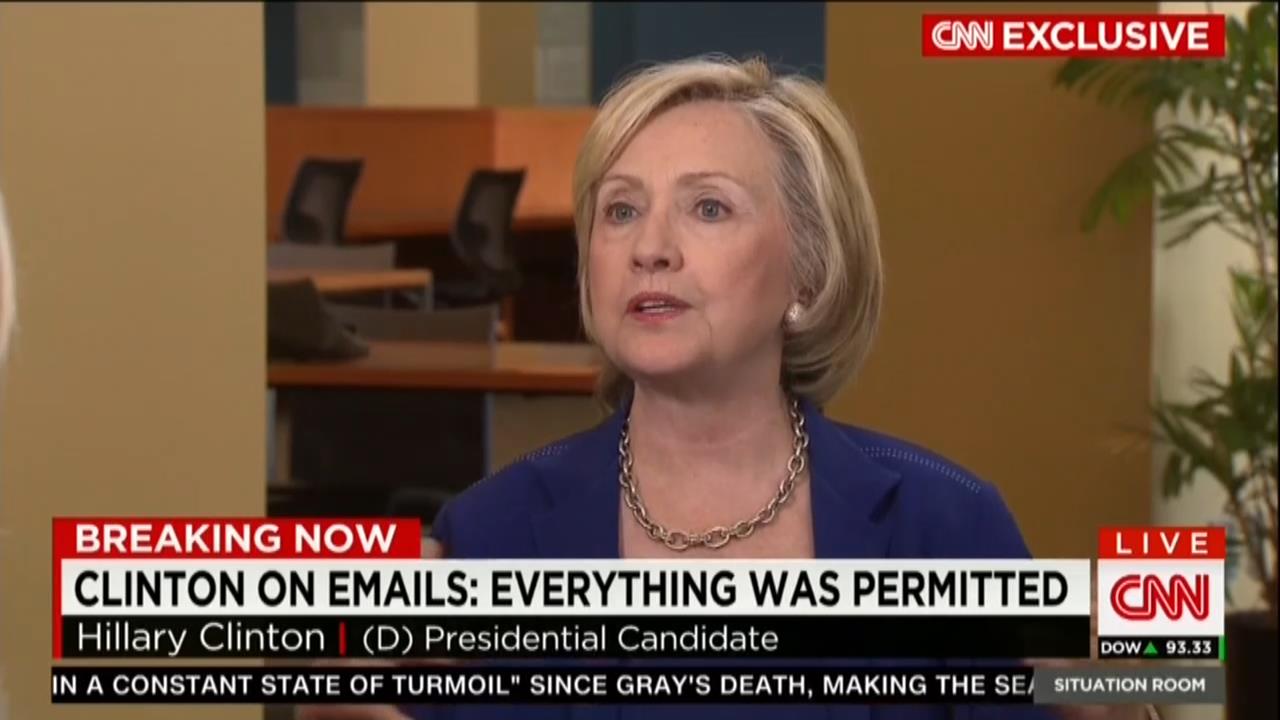 MO ELLEITHEE: We actually, at one point, were leading Al Gore.

KEITH: It didn't last, but Elleithee argues, it made Vice President Gore a stronger candidate.

ELLEITHEE: Just like the heavyweight boxer should never go into a championship bout without having had a sparring partner - a legit sparring partner - that's the role that Bradley helped play for Gore, and I think that is a role that Bernie can play for Hillary. And, you know what? If she ends up stumbling, he can be there to pick up the pieces.

KEITH: The only role Sanders says he wants to play is nominee. Clinton's team would surely love to knock him out early, but they're building an organization designed to take the fight as far as it needs to go.

Not only did PBS and NPR both ignore Clinton being questioned about her private e-mail server but both government-funded news outlets also failed to cover CNN’s Brianna Keilar pressing the Democrat about how a majority of Americans now view her as untrustworthy and dishonest.