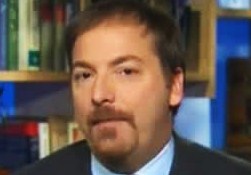 Why do conservatives mistrust the liberal media?

Okay, let’s be Ben Bradlee-esque blunt and re-phrase the question. Why do conservatives think the liberal media flat out lies?  Or is always playing a strategic game with inclusion and omission? Why do conservatives like me read of NBC’s Meet the Press host Chuck Todd sitting down with Hillary-adoring media watchdogs in which Todd accuses Fox of having an “obsession” with media bias -- and laugh at the disingenuous nature of the comment? How much time do you have?

One example is provided by no less than the Washington Post’s lengthy obituary for its late and much-celebrated legendary executive editor, Mr. Bradlee. So let’s start there and by way of illustration go back and take a look at a peculiar something missing from the Bradlee obit.

The Post obituary notes that when Bradlee was the young Washington Bureau Chief for Newsweek magazine, Ben and then-wife Tony Pinchot Bradlee were close friends of their Georgetown neighbors, Massachusetts Senator John F. Kennedy and wife Jackie. Politics proceeded and suddenly the neighboring Kennedys were President and First Lady of the  United States. Mrs. Bradlee had a sister, Mary Pinchot Meyer who -- unmentioned in the obit -- was divorced from a high-ranking CIA official named Cord Meyer.

Unbeknownst to Ben and wife Tony, their friend the President was having a quiet affair behind their back with Mrs. Bradlee’s sister Mary. The Post obit of Bradlee makes a brief nod to this fact. The obit says Bradlee was ignorant that JFK was a serious womanizer, that ignorance including Bradlee’s knowledge that his own sister-in-law was a presidential lover. That’s the only mention of Mary Pinchot Meyer in the obit. What was left out?

In fact, Ben Bradlee himself tells the story in his memoirs A Good Life: Newspapering and Other Adventures -- illustrating the liberal bias problem exactly if well too late in this case. The story?

Come November of 1963, Bradlee’s friend the President is assassinated in Dallas and the world political changes. By October of 1964, JFK’s vice president, Lyndon Johnson, is riding a political wave that is about to take him to a presumed landslide win over Arizona Senator Barry Goldwater. And in New York, the late President’s brother Bobby is running in a heated race to be elected the US Senator from New York, with a presumed presidential bid of his own somewhere out there in the future. 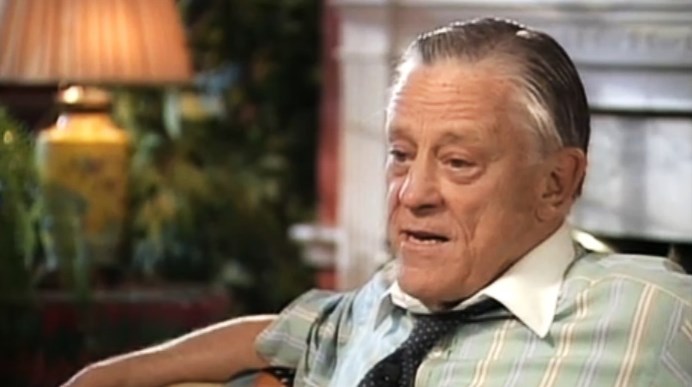 Out of the blue one fine October day of 1964, Ben and Tony Bradlee learn that Tony’s sister Mary has been found murdered on the C&O Canal towpath. Young, a vivacious blonde and an artist, Mary Pinchot Meyer’s murder understandably hits the Bradlees with the force of an emotional sledgehammer.  Among the condolences received comes word from a friend of Mary’s, identified by Bradlee as one Anne Truitt, who says that Mary told her she had a diary. If anything ever happened to Mary, says Truitt, Mary had requested the diary be found and destroyed. This launches the Bradlees on a search of the diary, beginning in Mary’s home. They had a key, and once inside  Mary’s home - this being hours after the murder - they are stunned to find one James Jesus Angleton - a high ranking CIA official - going through Mary’s house in search of the same diary. Bradlee found Angleton’s presence “odd, to say the least”, but together the three search the house and no diary is found.

A short time later, the thought occurs to Bradlee to check Mary’s art studio, which was directly behind his own house. Arriving there, lo and behold he again encounters the CIA’s Angleton - in the process of picking the lock to the studio. Angleton, apparently not embarrassed, leaves. Ben and Tony find the diary. They take it home and read it. Among other things, Bradlee wrote in his memoirs:

“On a few pages, maybe ten in all, in the same handwriting but different pen, phrases described a love affair, and after reading only a few phrases it was clear that the lover had been the President of the United States, though his name was never mentioned.”

As mentioned, Bradlee was at the time the Washington Bureau Chief of Newsweek. He is now, this campaign season of October, 1964, in possession of a blockbuster of a story. The President of the United States was conducting an affair with the ex-wife of a high-ranking CIA official. When looking for the diary, Bradlee himself discovers another high ranking CIA official - Angleton (who inside the CIA was nicknamed “the Locksmith”) had picked the lock of the murdered JFK’s now murdered lover in search for the diary, an act repeated when he catches Angleton in the act of picking the lock of Mary’s studio. Naively, once Bradlee has the diary, he gives it to Angleton for destruction - and Angleton had not done that.

What did Ben Bradlee do? He never wrote a word about his find. Not a peep. Over a decade passes. In 1976 Bradlee described being "extremely uncomfortable" when the affair went public. He received a call informing him that the ex-husband of Mary’s friend Anne Truitt “had given the story to the [National] Enquirer in some spirit of revenge against his former wife, or against me.” He writes:

“With Truitt as the Enquirer’s only source, the story said that Mary and Jack had met twenty to thirty times in the White House during their romance from January 1962 to November 1963; that they had smoked grass (three joints) on one occasion; that Mary had kept a diary of the affair.”

So finally, the story - what was still an explosive story in 1976 not to mention had it been reported in 1964 - was out. Had it been reported on in October of 1964 who knows the impact on JFK’s then-high flying successor and vice president LBJ, on the verge of a landslide election? Or even more, the effect on the hard-fought US Senate campaign of Robert Kennedy?

But we will never know. Why? Because Bradlee, the powerful Washington Bureau Chief of Newsweek,  deliberately squelched the story. A story involving his close friend the assassinated President of the United States, the President’s now-murdered lover, a CIA official, and allegations of drug use in the White House.  Wrote Bradlee in his 1995 memoirs, thirty-plus years after the original facts came to his attention:

“It is important to say that I never for a minute considered reporting that it had been learned that the slain president had in fact had a lover, who had herself been murdered while walking on the C&O Canal. (Never mind the fact that the CIA’s most controversial counterintelligence specialist had been caught in the act of breaking and entering, looking for her diary.) Mary Meyer’s murder was news, not her past love affair, I thought then, and part of me would like to think so now.”

Thus the game of liberals in the media playing the media bias game of omission and commission. Decades after Bradlee deliberately suppressed the JFK-Mary Meyer-CIA story, Newsweek was once again faced with a story of a President and an illicit affair -- Bill Clinton and Monica Lewinsky. As is famously reminded even now by Ms. Lewinsky herself, Newsweek had the goods and were sitting on them. But this time the Drudge Report saved the day -- and Bill Clinton’s tale was, in the hands of the modern media, suddenly reported. He wound up being impeached for lying to a federal grand jury.

The two stories decades apart of JFK and Clinton - both involving the very same Newsweek -  underline exactly why so many Americans today distrust the liberal media - and why Fox has an audience. Whether it was the early 1960’s or the late 1990’s, the motivating factor in what was “news” was as identical as it was apparently instinctive. That being: what best protected the liberal heroes and story lines of the day? And in each case the answer was -- just don’t report the news. The facts.

The other day this Media Research Center report documented in detail how the mainstream television networks spent the 2006 election season obsessively reporting on the travails of George W. Bush and congressional Republicans. Predictably, as measured exactly, now that the problem is Barack Obama and congressional Democrats, the mainstream media can barely clear its throat.

What is recorded in detail by the MRC in 2014 is a sophisticated rendering of the exact same phenomenon that surfaced with Ben Bradlee and his flat out refusal to report the explosive story involving JFK and Mary Meyer a full fifty years ago in 1964. In fact, even in Ben Bradlee’s obituary, The Washington Post can’t bring itself to repeat the story that Bradlee himself was willing to discuss, albeit if only in his memoirs 40 years after the fact when all the principals were long dead and his confession had zero effect on the events of the day.

The very reason for the existence of the Media Research Center and the site you are reading is precisely because over time it became crystal clear to millions that the news media was not some independent, objective entity as they loved to present themselves. In fact, they were partisans. Adjuncts of the Democratic Party, yes; but first and foremost political liberals. Liberals whose commitment is first and last not to hard facts - aka the “truth” - but liberalism.

And Chuck Todd? Mr. Todd professes to be baffled at just why Fox has this “obsession” with media bias. To which there is a simple reply. Fox - and conservatives in general - focus on media bias because the three “mainstream” broadcast networks (one of them Chuck Todd’s employer, NBC)  plus PBS, CNN, MSNBC, the New York Times, the Washington Post and more have a genuine “obsession” with skewing the news to the left. Whether it is done by misreporting or no reporting it matters not.

The sad part of this is that once upon a time Americans really did believe they got the whole-truth-and-nothing-but-the-truth from their news media. Once upon a time Walter Cronkite really was “the most trusted man in America.” But those days are long gone. And the blame for this total lack of trust lies with the American media itself. They have no one to blame other than themselves.

Chuck Todd may not get it, but the rest of us get it all too well. Ben Bradlee certainly got it, and he went out of his way to make sure that a major news story involving a President of the United States never saw the light of day. He almost got away with it, too, were it not for the National Enquirer getting ahold of the story in 1976.

Ben Bradlee was many things. He lived a long and, as he himself said, “a good life.” But when it came to stories reporting a scandal involving his friend John F. Kennedy? Mr. Bradlee had an entirely different standard -- a decided double standard -- than he had when reporting a scandal involving Richard Nixon. And in its own way, that different standard explains exactly why Fox News is such a success. And perhaps why The Washington Post left this particular Bradlee story out of its myth-building obituaries and tributes.