A seismic shakeup in media yesterday with NBC News announcing a six-month suspension without pay for serial fabulist Brian Williams, while Comedy Central's Jon Stewart revealed he's leaving The Daily Show at the end of this season.

The two departures are indirectly connected, Rush Limbaugh told radio listeners today, and bolster his long-held belief that "NBC is not a news organization any more."

Williams wasn't "the problem" at NBC News, Limbaughs claims. That distinction falls to network executives who were reportedly aware of his proclivity for fiction and looked the other way while the ratings were good (audio) --

You could in one hand literally make the point that the liberal media is imploding and some of the best evidence of this is NBC News. And when you get right down to it, NBC, I don't think is a news organization any more and I wonder if it ever will be again. It hasn't been a news organization for a long time and it's not going to be one in the foreseeable future. Brian Williams is not the problem and you're going to read and hear all kinds of things about Brian Williams and people who knew him, who didn't know him, from serious hand-wringing pundits and analysts, to people that thought he was the greatest guy in the world and just had one too many whoppers, but by golly by gosh we hope he comes back from it.

But I'll tell you he isn't the problem. Brian Williams is a symptom. Brian Williams may have some, I don't, complex problems about being insufficient as a human being and needs to constantly exaggerate. But the fact that he felt that he could get away with this, on the NBC Nightly News, he felt he could get away with it and for years people kn-, and continued to do it, says something about NBC.

Any supposed, so-called news organization that seriously considered hiring an admitted satirist who made his bones with fake news, Jon Stewart, any network seriously considering hiring him to moderate Meet The Press isn't what it claims to be. NBC is not a news organization any more and I don't know if they're going to be in the foreseeable future. Not only was there a serious effort made to hire a comedian, satirist, whatever, to moderate the venerable Meet the Press, there is also, even as we speak, serious discussion in the news business, serious discussion among journalist professionals, serious discussion among pundits that the satirist and the comedian would be ideal to replace Brian Williams on the NBC Nightly News.

Why not replace Stewart with Williams on The Daily Show, for that matter, seeing how Williams reportedly once sought to follow Jay Leno on The Tonight Show --

Now, fine, whatever floats your boat -- but don't call it news if you're going to put a comedian in. It isn't news and it certainly isn't journalism. And NBC's free to do what they want and they can try to convince people that what they're doing is news. They're free to use any marketing PR jazz they want. They're free to try to fool as many people as they want. But people need to be aware that when they tune in NBC, it isn't about journalism and it isn't about the news. Brian Williams isn't the problem. The fact that Brian Williams was allowed to stay in that anchor chair while executives at NBC were fully aware of his embellishments and lies and made-up events tells you all you need to know. Brian Williams knew that they knew!

Now we're told that people took him aside and said, Brian, you need to dial this back a little bit, buddy -- nothing happened to him as he didn't dial it back. And had it not been for some military personnel who finally had heard one too many versions of something, blowing the whistle on it, he'd still be there, with the full knowledge of the news professionals and the news executives at NBC News.

So it's fine for them to act all outraged now, these executives, and it's fine for them to act as though they are desperately concerned about the damage done to their credible news organization. But they sat there for years and put the guy on the air every night knowing full well not only what he had done and kept doing but was capable of continuing to do. So you can't blame him per se -- the signal was sent that he was OK. He should have been suspended or fired the moment they first heard about this. That didn't happen. 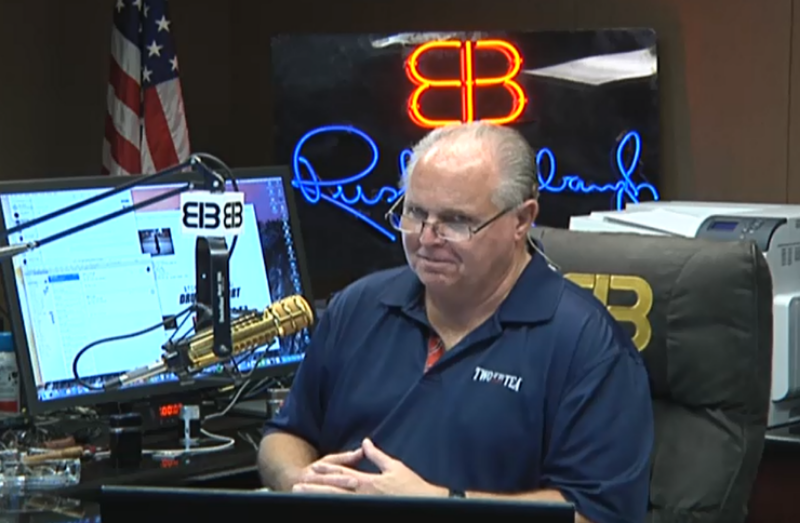 With the same token, there might have been some elbows in the ribs, Brian, you gotta dial it back, man, you can't keep doing this, but he was not punished for it -- until the suits became embarrassed. And that only happened when the military people finally piped up, saying hey you know what, this didn't happen. And then the hotel manager in New Orleans, you know what, he misremembered this dead body floating down the street, that didn't happen.

It wasn't just NBC execs looking the other way as that time bomb kept ticking-- they also marketed Williams by frequently booking him on other shows, most especially within NBC (Tonight Show, Saturday Night Live, 30 Rock), further eroding his credibility as a journalist.

Williams turned up so often away from his anchor desk, writes Salon television critic Sonia Saraiya, that in 2011 actress and comedian Mindy Kaling of The Office tweeted -- "At this point there must be some teenagers who think Brian Williams is a sketch comedy actor who has a really dry nightly parody news show."