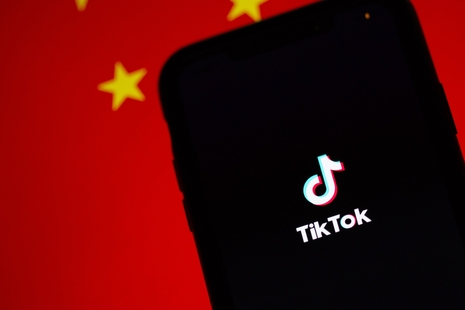 Breton tweeted about his meeting with the TikTok executive on Thursday. “With younger audiences comes greater responsibility. As a platform reaching millions of young Europeans, TikTok has to fully comply with EU law, notably the [Digital Services Act] #DSA,” Breton wrote. “I asked TikTok CEO Shou Zi Chew to demonstrate, as soon as possible, not only efforts but results.”

Breton warned Chew, per a quote shared by his communication advisor Terence Zakka: “‘We will not hesitate to adopt the full scope of sanctions to protect our citizens if audits do not show full compliance.’"

Last year, the European Parliament passed the DSA alongside the Digital Markets Act (DMA), “a first-of-a-kind regulatory toolbox” and an “international benchmark” for online content regulation, according to the EU Commission’s Nov. 16, 2022, press release.

A DSA “sneak peak,” detailed the changes to come. Breton, who spearheaded the operation, explained in a blog that his regulators would “tackle all forms of illegal content” in online communication ranging from “hate speech” to “fight[ing] against harmful content and disinformation” — phrases often used to justify censorship — to “online advertising in an apparent effort to protect citizens, “especially children.”

During his Jan. 19, 2022 meeting with Chew, Breton critiqued TikTok’s supposedly subpar censorship operations. "It is not acceptable that behind seemingly fun and harmless features, it takes users seconds to access harmful and sometimes even life-threatening content.”

Breton told the TikTok CEO to "step up efforts to comply with EU legislation on data protection, copyright and online platforms – notably the DSA, which will create a safer digital space,” according to Zakka’s tweet.

Tiktok reportedly has until September 1, 2023 to fulfill DSA regulatory requirements.

While Breton is pushing the popular video platform to comply with heavy-handed EU content moderation laws, communist Chinese government-tied TikTok has been known to selectively ban and censor voices it disagrees with.

MRC Free Speech America showed in a recent study that TikTok has been muzzling conservatives, typically without explanation. In fact, the platform “ permanently banned” 11 pro-free speech organizations between January 2019 and Sept. 1, 2022. These include organizations such as Students for Life of America, Young America’s Foundation, Live Action and its president Lila Rose, PragerU, PragerU podcaster Amala Ekpunobi and MRCTV.

This isn’t the first time European officials have urged for more censorship. European Commission Vice President for Values and Transparency Věra Jourová spoke at the EU-US Defense & Future Forum last year. While there, she encouraged U.S. lawmakers to imitate the EU and censor more so-called “disinformation,” according to The Washington Post. The EU has even put pressure on Musk to “increase” the number of moderators in Europe.

Conservatives are under attack. Contact TikTok via email at feedback@tiktok.com or by mail at 10010 Venice Blvd #301, Culver City, CA 90232 and demand that Big Tech be held to account to mirror the First Amendment while providing transparency, clarity on so-called hate speech and equal footing for conservatives. If you have been censored, contact us at the Media Research Center contact form, and help us hold Big Tech accountable.