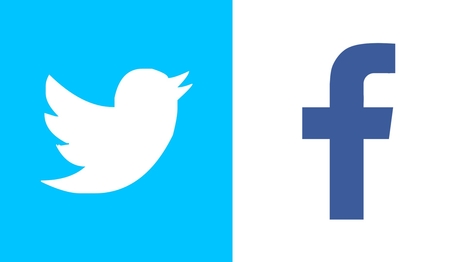 They’re at it again! Two of the leading platforms responsible for censoring the bombshell New York Post Hunter Biden scandal stories before the 2020 presidential election are gearing up to censor free speech to combat so-called “misinformation” ahead of the 2022 midterm elections.

Meta, the parent company of Facebook, Instagram and WhatsApp, and Twitter pledged to target “misleading narratives” by suppressing election content they deem to be false, misleading, or dangerous. Censorship methods mentioned in the policies involved decreasing the reach of offending posts, the continued use of third-party fact-checkers, and updated content recommendation algorithms.

Facebook’s parent company Meta quietly revealed that it is preparing to tackle so-called election misinformation. The platform said it created a “dedicated team focused on the 2022 midterms to help combat election and voter interference.”

Notably, Meta’s 2022 midterm elections policy indicated that government may even collude with the platform in censoring content. “We’re working with federal government partners including the FBI and the Cybersecurity and Infrastructure Security Agency, as well as local and state election officials and industry peers, to make sure we’re all preparing for different scenarios,” the policy noted.

Meta said it will limit the reach of content that violates its “voter interference policies and other Community Standards” across Facebook.

Meta will also demote fact-checked election content. The platform claimed it will use its 10 fact-checking partners in the U.S. to “address viral misinformation.” The platform has also acknowledged in the past that when fact checkers rate content as false, it limits the content’s reach “so people can decide what to read, trust, and share.” The platform claimed users will incur additional penalties if they “repeatedly share false content.”

Twitter also got on the censorship bandwagon again. It announced Thursday that it will begin enforcing its Civic Integrity Policy ahead of the U.S. 2022 midterm elections.

Twitter claimed in a tweet thread that its policy will target “misleading claims about the voting process, misleading content intended to intimidate or dissuade people from participating in the election, or misleading claims that may undermine public confidence in elections outcomes.”.

Perhaps the most nefarious element of Twitter’s Civic Integrity Policy involves its revival of “prebunk” prompts. Through these prompts, the platform claimed it would take it upon itself to “get ahead of” so-called “misinformation” by placing notices directly on people’s timelines and search pages.

The platform then bragged about the effectiveness of its censorship. Redesigned warning labels yielded “promising results” in quashing the reach of content Twitter deemed dangerous, the platform also claimed. These new labels “increased click through rates by 17%, meaning more people were clicking labels to read debunking content.” The platform also noticed decreased engagement with labeled tweets: “-13% in replies, -10% in Retweets and -15% in likes.”

Twitter even updated its content recommendation algorithms. The platform claimed it explored ways to “prevent misleading Tweets from being recommended through notifications.” Early testing showed that “impressions on misleading information dropped by 1.6 million per month.”

But we’ve seen all this before. Big Tech platforms have proven time and again that they only value civic conversation about elections when it aligns with their preferred narrative.

YouTube removed a clip of former President Donald Trump alleging voter fraud, citing its Elections misinformation policies. The YouTube policies tell users not to post certain content around election integrity, including supposed “false claims that widespread fraud, errors, or glitches occurred in certain past certified national elections. Or, content that claims that the certified results of those elections were false.”

“TikTok prohibits election misinformation, including claims that the 2020 election was fraudulent, and works with independent fact-checking organizations who help assess content so that violations of our Community Guidelines can be promptly removed,” a platform spokesperson reportedly told The Washington Post.