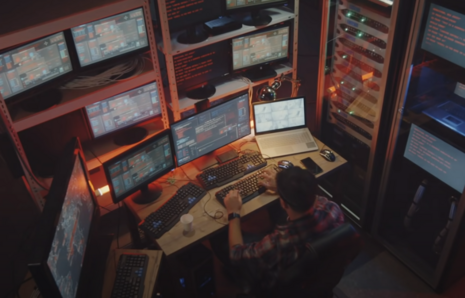 The GOP is fighting back against the Biden administration’s collusion with Big Tech to silence the American people on social media.

The senators pointed out that many American citizens already know that Big Tech and Big Media silence conservatives. “The public is already aware of efforts by the media and the executive branch to silence information that is unflattering to this Administration under the guise of ‘disinformation,’” the senators said in the letter. “For example, unnamed intelligence officials, the media, and social media platforms engaged in a coordinated effort to censor stories about Hunter Biden’s laptop and his questionable financial dealings under the false label of ‘disinformation.’”

The senators claimed that many Americans are alarmed now that the White House has admitted to “flagging” posts that it decided contain “misinformation.” “With this history, big tech, the corporate media, and the Administration have no credibility in determining what is and isn’t ‘misinformation.’ Americans are rightfully alarmed and suspicious of the motivations behind the Administration’s apparent coordination with tech companies to potentially censor disfavored speech, as vaguely described by Ms. Psaki at the recent White House press briefing.”

Finally, the senators urged the Biden administration to end any further actions against free speech on social media. “We want to reiterate that the Administration should halt any actions it has or is currently undertaking to censor Americans’ speech. Further, Congress and the American public must know how the Administration is carrying out this ‘flagging’ of American citizens’ speech.

The Biden administration has flip-flopped multiple times on its COVID-19 misinformation policies. Initially, White House Press Secretary Jen Psaki claimed that: “[D]ecisions to regulate or hold to account any platform would certainly be a policy decision, but in the interim, we’re going to continue to call out disinformation and call out where that information travels,” she said.

Later, however, Psaki said that U.S. Surgeon General Vivek Murthy’s office was “flagging problematic posts for Facebook that spread disinformation.” She also said the administration has a four-point plan to restrict COVID-19 content it didn’t agree with. The day after, she attempted to claim that the Biden administration has not asked Facebook to block posts.