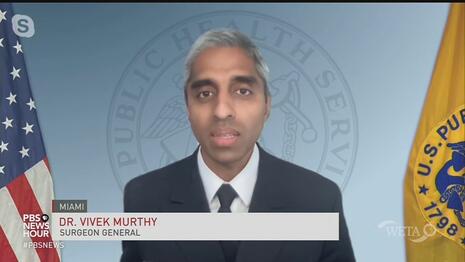 The Biden administration has continued its war against what it considers COVID-19 misinformation. Now it decided to frame the pro-censorship fight as a battle for “equity.”

U.S. Surgeon General Vivek Murthy panicked about the threat of COVID-19 and so-called “misinformation” online in a July 22 address, according to Reclaim the Net.

Murthy claimed that misinformation, rather than the virus, threatens peoples’ health. “‘Misinformation is a threat to our health, and the speed, scale and sophistication with which it is spreading is unprecedented,’” Murthy said, according to Reclaim the Net. “‘I will not hesitate to say that and to call for greater accountability and action to address health misinformation.’”

Of course, it’s not a leftist policy unless there is a woke angle. “‘We recognize that equity must be at the center of our work to confront health misinformation. Here’s why: Because unequal access to the health care system, education and technology, means that some people have less access to accurate health information than others,’” said Murthy.

“‘And when those people instead encounter health misinformation, it can worsen their health outcomes, which exacerbates health inequity in what becomes a vicious cycle.’” Apparently, inequality has become “inequity,” and the goalposts have shifted once again.

“‘Last week, I issued a Surgeon General’s Advisory to call the nation’s attention to the threat of health misinformation. Since then, we have continued to emphasize what individuals can do to stop health misinformation in its tracks. That includes asking everyone to raise their own bar for sharing health information by checking to make sure it’s backed by credible scientific sources. As we say in the Advisory, if you’re not sure, don’t share.’”

The Biden administration has flip-flopped multiple times on its COVID-19 misinformation policies. Initially, White House Press Secretary Jen Psaki claimed: “[D]ecisions to regulate or hold to account any platform would certainly be a policy decision, but in the interim, we’re going to continue to call out disinformation and call out where that information travels.”

Later, however, Psaki said that Murthy’s office was “flagging problematic posts for Facebook that spread disinformation.” She also said the administration has a four-point plan to restrict COVID-19 content it didn’t agree with. The day after, she attempted to claim that the Biden administration has not asked Facebook to block posts.