TikToxic Anti-Semitism? Creators Say Platform Is Censoring Them for ‘Being Jewish’: NBC News 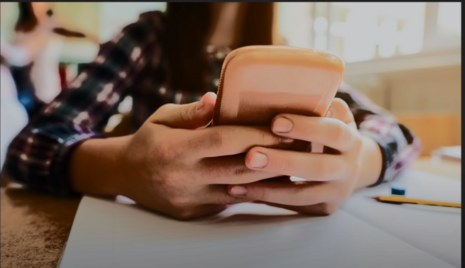 Creators said that communist Chinese-owned TikTok has been censoring them for “being Jewish” much in the same way Big Tech companies have censored conservatives.

Several Jewish creators on TikTok have alleged that their content was censored by the app for reasons they do not understand. “Nearly a half-dozen Jewish creators said their videos are being banned and removed for allegedly violating TikTok's community guidelines for violations like hateful behavior, hamstringing their ability to use the app,” according to NBC News.

Creators who have attempted to take a stand against anti-Semitic comments did not even appear safe from TikTok’s censorship. “The types of videos that creators said the app flagged for violating its community guidelines include TikToks debunking antisemitic comments, a video discussing a news story about antisemitic violence, a video of a bat mitzvah held for a cat and a repost of a video made by TikTok in honor of the U.K.'s Holocaust Memorial Day,” NBC News reported.

TikTok allows users to post video responses to comments. For some Jewish creators, response videos are often censored. “Normally, the videos that I can almost always rely on getting taken down are when I reply to comments that I receive that will say terrible things such as ‘Why is it Jews always look like rats?’” one creator, Julia Massey said, according to NBC News.

Another creator, whom NBC News identified as “Yossi, 26,” expressed a similar experience. The account that he runs alongside his brother-in-law, “Tommer,” “got four bans in a few days,” Yossi said.  “We're out here to make content that's inclusive. ... Don't ban us for being Jewish.”

TikTok has long censored conservatives on the platform. In 2020, the app banned, but later restored, the pro-life group Live Action’s account. Prager U also said that it’s account was permanently banned from TikTok.

Censorship is not TikTok’s only problem. The platform is rife with security concerns because of its ties to the communist Chinese government. A report from The Wall Street Journal found that TikTok was able to collect user data by exploiting a privacy loophole in Google’s Android operating system. The loophole enabled the TikTok app to track users online without allowing them to opt out. The U.S. military banned the app from officially issued phones. President Joe Biden’s campaign also reportedly told its staff to delete the app in August 2020.