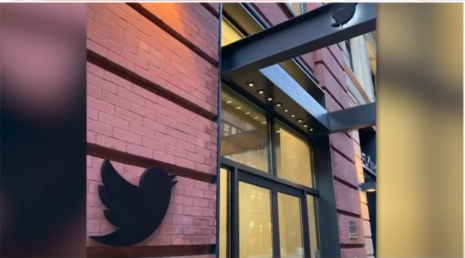 Terrorist rockets continue to slam into the state of Israel. Yet on Twitter, Palestinians were encouraged to keep “[f]ighting this despotic regime” by the leader of the world’s biggest exporter of terror — Iran.

But Twitter removed former President Donald Trump following the Jan. 6 riot at the U.S. Capitol after he called for “peace.” The platform has now turned a blind eye to multiple anti-Israel tweets calling for violence in an act of blatant hypocrisy. Twitter said in its rules that it prohibits “the glorification of violence.” Meanwhile, the terrorist attacks against Israel continue as Hamas is apparently cheered on by Twitter users.

Iran’s Ayatollah Khamenei voiced his anti-Israel sentiments in several tweets leading up to the terrorist rocket attacks against the state of Israel. He tweeted on May 7: “Since day 1, Zionists turned occupied Palestine into a base for terrorism. Israel isn’t a country; it’s a #TerroristCamp against Palestinians & other Muslim nations. Fighting this despotic regime is fighting against oppression & terrorism. And this is everyone’s responsibility.”

Later that same day, Khamenei tweeted that “The Palestinian fighters must continue their legitimate, morally correct fight against the usurping regime until it is forced to submit to a referendum being conducted.”

Khamenei further justified Palestine’s violence against Israel. He said in a May 11 tweet: “Palestinians are awake and determined. They must continue this path. One can only talk with the language of power with these criminals. They must increase their strength, stand strong, confront the enemy, and force them to stop their crimes. #FreePalestine.”

Another violent tweet referenced a quote misattributed to Adolf Hiter. Andy Ngo, Editor-at-large for The Post Millennial, posted a screenshot of the since-deleted tweet from Veena Malik. Ngo described Malik as a “Muslim actress from Pakistan.” Malik said in the tweet: “I would have killed all the Jews of the world...but I kept some to show the world why I killed them.” She attributed the quote to “Adolf Hitler.” At the time of publishing, Twitter did not respond to an inquiry from MRC Free Speech America regarding whether Malik had voluntarily removed the tweet, or if Twitter had taken action against it.

Another Twitter user attempted to justify the violence against Israel. Omar Sakr described himself in his Twitter bio as a “[b]isexual Muslim poet.” He tweeted: “Every kind of non-violence has become violence, in part to justify the extreme physically violent state repression that is typically unleashed in response.”

Twitter has appeared more preoccupied with censoring conservatives than taking action against tweets that call for violence against Israel. The platform slapped a “sensitive content” label on a graphic from the Media Research Center (MRC). The graphic described the results of a recent poll conducted by the MRC. Fifty-three percent of respondents to the poll answered, “no,” to the question: “Should biological men be allowed to compete in women's sports?” Twitter also censored Doctors for COVID Ethics after the group tweeted about vaccine dangers.