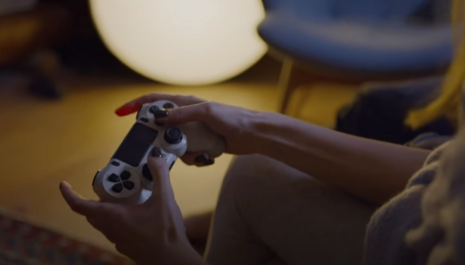 Not even Fortnite and Minecraft streamers are safe from the all-seeing eye of Big Tech censorship. On Wednesday, Amazon’s popular streaming platform Twitch introduced new guidelines for taking action against “misconduct,” even if it has happened off the platform.

Twitch broke down its approach to banning users for off-site behavior into two categories. It defined “Category one” as when “[s]omeone is harassed on Twitch, as well as off Twitch.” For example, if Twitch reviewed “a harassment report about an incident that happened live on stream, related or continued harassment on Twitter could be taken into account when reported to [Twitch].” The blog post noted that “[t]his is how our current off-service policy works in the vast majority of cases, and will not change.”

Now, however, Twitch has introduced a new category of “misconduct.” The platform announced it will now take action against “serious offenses that pose a substantial safety risk to the Twitch community, even if these actions occur entirely off Twitch.”

The list of prohibited off-line activities included: “Terrorist activities or recruiting[,] explicit and/or credible threats of mass violence (i.e. threats against a group of people, event, or location where people would gather)[,] … [s]exual exploitation of children, such as child grooming and solicitation/distribution of underage sexual materials.” It also included “[c]arrying out or acting as an accomplice to non-consensual sexual activities and/or sexual assault.”

Twitch also prohibited “[l]eadership or membership in a known hate group,” and “[d]eadly violence and violent extremism.” The platform did not respond to an inquiry from Free Speech America regarding how it planned to define a “hate group” or whether violent members of Antifa would be allowed onto the platform.

This new censorship category is not the first time in 2021 that Twitch has updated its policies. Twitch also introduced new guidelines in January to prohibit displaying the Confederate flag and “[r]epeatedly commenting on someone’s perceived attractiveness” if “there is indication that it’s unwelcome.”

Of course, what can be expected from a platform that once added as a “Safety Advisory Council” member a transgender streamer who identified as a deer?

Conservatives are under attack. Contact Twitch via its contact form and demand that Big Tech be held to account to mirror the First Amendment while providing transparency, clarity on “hate speech” and equal footing for conservatives. If you have been censored, contact us at the Media Research Center contact form, and help us hold Big Tech accountable.