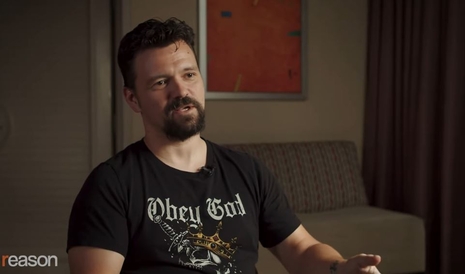 Twitter gave The Babylon Bee the boot in March when it tweeted out a satire article that “gave Rachel Levine a prestigious Man of the Year award,” as Mann put it.

“We weren’t even making fun of Rachel Levine so much. We were making fun of the fact that USA Today named Rachel Levine one of their Woman of the Year,” Mann told Gillespie, alluding to the assistant secretary of health for the U.S. Department of Health and Human Services. “This had kind of blown up on social media, that transgender people had started to take awards away from biological women and we’re starting to erase that category from our society.”

“We love trans people. We don't consider people like that beneath us. You know, the Christian worldview is that everybody has the opportunity to be saved and we can love everybody,” Mann said. “I'm no more deserving of God's grace than a transgender person is. But when the culture bows down and starts handing out trophies to people for stuff like this is when we say, 'Hey, wait a minute, we need to protect women in our society as well.”

The Babylon Bee is a member of the Free Speech Alliance.