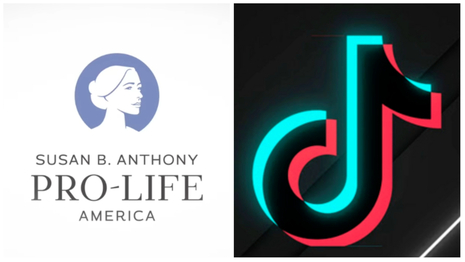 TikTok ignored MRC Free Speech America’s question of which Community Guideline(s) the account violated. Instead, the platform excused the ban, claiming that “the account was restored within a few minutes.”

“It’s a complete lie that our account was only suspended for a few minutes,” SBA Digital and Creative Director Andrew Moore told MRC Free Speech America. He later added that SBA was “unable to post” and that his team “tried to log in multiple times throughout the day Friday and couldn’t get in.”

Moore also called out TikTok’s “lack of transparency about suspensions” and “lack of communication.”

SBA’s screenshots indicate that the platform restored the group’s account sometime Friday, though it's unclear exactly what time. It’s also unclear why an immediate restoration would continue to prevent SBA from logging into its account.

The Chinese Communist Party (CCP)-affiliated app presented itself as pro-abortion after the Supreme Court overturned Roe v. Wade through its Dobbs v. Jackson ruling issued Friday. “We are committed to ensuring our employees have access to a wide range of medical benefits, including family and reproductive care, no matter where they live,” TikTok Comms tweeted.

The SBA incident was not the first time TikTok suddenly banned a pro-life organization and quickly restored the account.

SBA, Live Action and SFLA are members of the Free Speech Alliance.

Conservatives are under attack. Contact your representatives and demand that Big Tech be held to account to mirror the First Amendment while providing clarity on “hate speech” and equal footing for conservatives. If you have been censored, contact us at the Media Research Center contact form, and help us hold Big Tech accountable.