Update: Lila Rose tweeted that TikTok restored Live Action's account. However, the company had no communication with the pro-life organization whatsoever during the process. TikTok admitted to "human error" in originally banning the account.

The Chinese social media app TikTok, which has become one of the most popular apps for youth in the United States, has banned pro-life group Live Action.

The organization’s founder, Lila Rose, tweeted on Jan. 31, 2020, “TikTok has just BANNED & permanently removed Live Action from the platform.” Rose stated that the account had 21,000 followers and more than 1 million video views. The TikTok app is so popular that it has been downloaded more than 1.5 billion times, according to Business Insider. 8.2 percent of those downloads came from the United States. 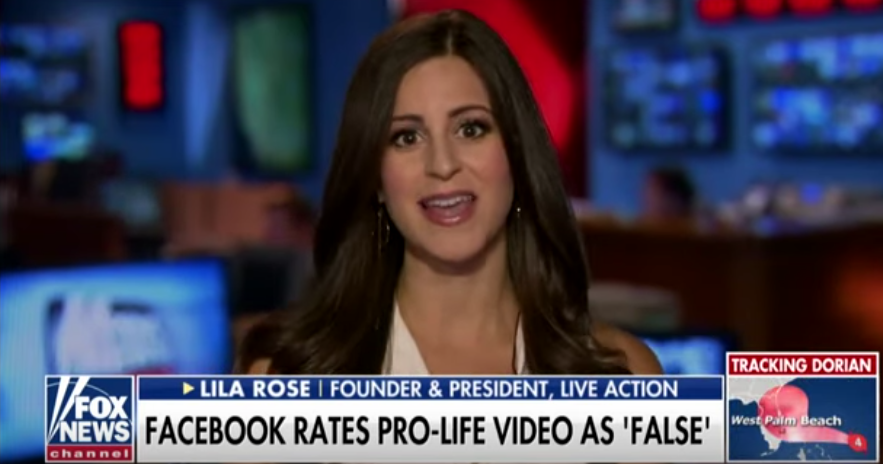 TikTok is owned by ByteDance, a Chinese social media app company that is regulated by the Chinese government.

Live Action said that it received a vague notice from TikTok that one of its videos was “in violation of community guidelines.” The video showed a young woman choosing between “be pro-abortion” and “be pro-life and help save babies.” According to Live Action Director of External Affairs Alison Centofante, TikTok initially took down the video. When Live Action tried to appeal, TikTok removed the entire account.

In a statement, Live Action said, “No more account, no more videos. This is blatant viewpoint discrimination and an egregious attempt to silence pro-life voices. TikTok should reinstate our account in full and allow all voices on the platform.”

Lila Rose pointed out on Twitter that videos that showed people abusing animatronic dolls built to look like unborn infants are still allowed on TikTok. Rose stated that one such video received 1.2 million views.

When TikTok was invited to testify at a Senate hearing held by Sen. Josh Hawley (R-MO), TikTok declined to send a representative. Hawley said in an interview that companies like TikTok were trading “our basic democratic values and the privacy and security of Americans in order to make a buck in China and to get the favor of the Beijing government.”

The U.S. Army has banned the use of TikTok on military-issued phones because of its data-collecting practices. One spokesperson said, “It is considered a cyber threat.” Guidelines for the military include the statement, “Be wary of applications you download, monitor your phones for unusual and unsolicited texts etc., and delete them immediately and uninstall TikTok to circumvent any exposure of personal information.”