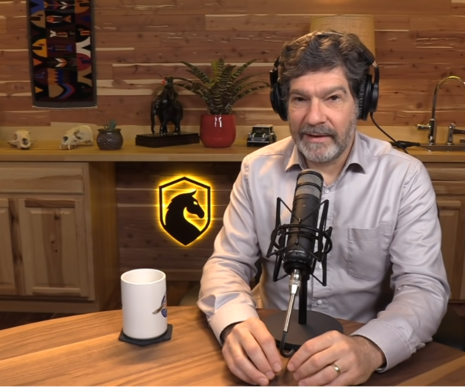 Bret Weinstein, host of the DarkHorse Podcast, told MRC Free Speech America that “[S]omething has gone wrong inside of these tech platforms and it is putting us all in jeopardy.”

In a MRC Free Speech America exclusive interview, Weinstein explained his experience with YouTube concerning online COVID-19 debate. “YouTube is shutting down a discussion that has been well ahead of the curve. And we can see that human lives are at stake in that discussion,” he said. He later claimed YouTube’s behavior whether “enacting someone else’s will or applying its own in place of an active discussion by responsible people online is simply a danger that we cannot allow to continue.”

The podcast host has suggested Ivermectin could be a treatment for COVID-19. He has addressed it on his podcast and in a few of the videos YouTube removed. The platform explicitly suppresses discussion of Ivermectin through its “COVID-19 medical misinformation policy.” The policy prohibits content recommending Ivermectin as an “effective treatment[]” or “prevention” measure for COVID-19. It  also forbids content that “contradicts local health authorities’ or the World Health Organization’s (WHO) medical information about COVID-19.”

Weinstein argued that the WHO and local health agencies “do not have a history that suggests they are infallible.” He also said open discussion of “flaws in their reasoning” is important to “increase the quality of the information that the public has.” He concluded that “for YouTube to defer to authorities” that were wrong on numerous topics concerning COVID-19 “is the height of irony.”

A YouTube spokesperson commented on Weinstein’s situation saying, “in accordance with guidance from local and global health authorities, we don't allow videos that recommend Ivermectin as a treatment or prevention method for COVID-19, or that claim Ivermectin is effective in treating the virus. As such, we removed content from Bret Weinstein’s channels.”

Conservatives are under attack. Contact Facebook headquarters at 1-650-308-7300 and demand the platform mirror the First Amendment. If you have been censored, contact us at the Media Research Center contact form, and help us hold Big Tech accountable.