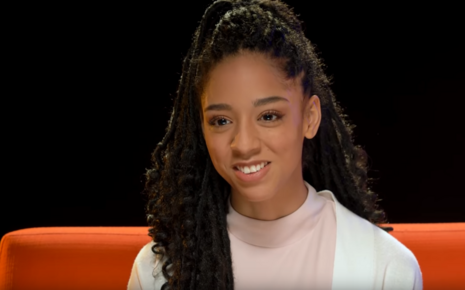 In a PragerU video, Ekpunobi said that TikTok first suspended her account for seven days for “multiple community guidelines violations." However, she maintained that “there aren't any” reasons for the suspension. Ekpunobi said that she had not posted any new content before TikTok suspended her account for another seven days. Immediately after the second suspension, she said that TikTok permanently banned her from the platform.

Ekpunobi, a 20-year-old conservative known for her short political commentaries, suggested TikTok targeted her account that reportedly had nearly a half-million followers because of her conservative beliefs. “[It’s] not because people don’t like watching what I have to say,” she said. “It’s simply because [TikTok doesn’t] like what I have to say.” TikTok did not respond to MRC Free Speech America’s request for comment at the time of publication.

The PragerU personality admitted that many conservatives criticize her for using the Chinese-owned app. However, Ekpunobi said she views the platform as a valuable tool for fighting the culture war. “You have to go where the culture is,” she said. “So people in my generation, people in Gen Z, they’re on TikTok, and they’re being indoctrinated by leftist ideology. So that’s the battleground that I’m choosing to fight on.”

Ekpunobi defended her position saying “we as conservatives have a duty to go there and try to share our values and try to reach people and change their minds.” She later continued, arguing that a conservative move to free speech platforms was an insufficient solution to online censorship without additional action:

The left does not concede ground to conservatives. They take and they take and they take…. We’re just expected to sit there and just move over and move into our little corner and move into our little bubble. But if we don’t fight back against these platforms and really call out Big Tech censorship, that bubble gets smaller and smaller and smaller and we lose the ideology, we lose the values and we lose people’s minds.

PragerU said it was also permanently banned from TikTok in April for alleged “multiple violations” of “community guidelines.” However, TikTok was not the only platform to limit the reach of PragerU-affiliated videos. YouTube purportedly placed over 200 PragerU videos under “restricted mode,” and Spotify did not allow the organization to run ads on its platform, according to PragerU.