Google keeps waving off concerns that they’ve been showing bias against conservative viewpoints. Yet new reports indicate that a group of the company’s programmers discussed ways they could use the search engine to combat Donald Trump’s travel ban online. 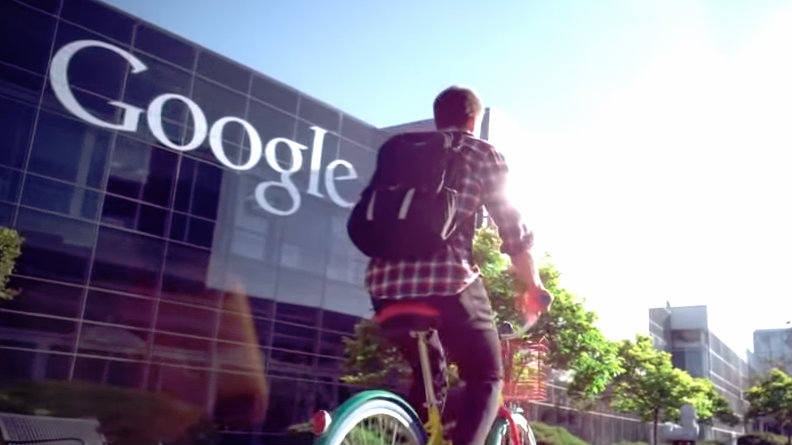 The evidence of bias is mounting against the tech giant. This latest report came hot off the heels of a recently surfaced video, in which Google employees lamented the results of the 2016 election, and reports that Google staff tried to boost Hispanic voter turnout for Hillary Clinton.

The Wall Street Journal reported that “[Google] employees proposed ways to ‘leverage’ search functions and take steps to counter what they considered to be ‘Islamophobic, algorithmically biased results from search terms ‘Islam,’ ‘Muslim,’ ‘Iran,’ etc.” The company also discussed reviewing bias against other terms such as “Mexico,” “Hispanic,” and “Latino.”

While several of the emails encouraged employees to remain apolitical, the general thread suggested that developers should come up with ways that Google could harness its “vast influence on the internet in response to the travel ban.”

On Thursday evening, Fox News’ Tucker Carlson went into further detail, reporting that Google marketing manager Mackenzie Thomas was the employee behind the proposal. Tucker revealed Thomas’ communication with several individuals, which said, “There is a large brainstorm going on throughout the marketing org.” Carlson clarified that it was “Brainstorming about how to respond to Trump’s order.”

On top of altering the “search results to make them more positive in certain cases for political reasons,” Carlson added that Thomas also suggested promoting links that could allow users to make donations to anti-Travel ban organizations. Fellow employee Stacy Chen replied with several organizations she thought could benefit, such as “the ACLU, the Immigration Defense Project, the American-Arab Anti-Discrimination Committee, and the National Immigration Law Center.”

Of course, Carlson noted that all of these groups have been against Trump’s travel ban since the beginning.

After news broke of Google’s marketing brainstorm, the tech giant issued a statement to outlets denying that any of these ideas were actually used. “These emails were just a brainstorm of ideas, none of which were ever implemented. Google has never manipulated its search results or modified any of its products in to promote a particular political ideology.”

The fact that Thomas’ emails were clearly discussing pulling the trigger on some of the suggested ideas muddies the platform’s credibility. One of the emails stated, “I know this would require a full on sprint to make happen, but I think this is the sort of super timely and imperative information that we need as we know that this country and Google, would not exist without immigration.”

In February 2017, Google and other tech companies, such as Apple and Facebook, joined forces to file a referendum against the Travel Ban. Part of the joint statement read, “The order inflicts significant harm on American business, innovation, and growth.” Combined with the recent video of Google employees fearful of a Trump administration, and the recent leaks of these emails, it’s becoming more difficult to trust Google in handling conservative content online.