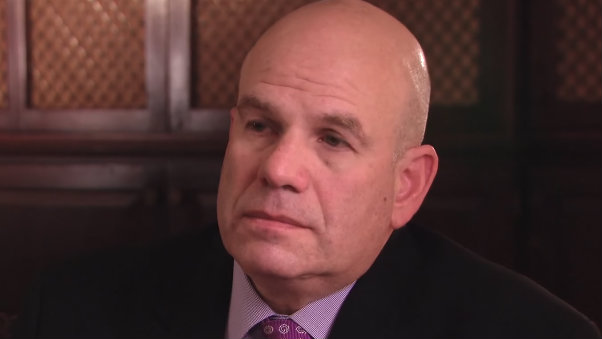 The Wire creator David Simon is back to his old haunts and old ways. And by old ways, we mean tweeting his classic insult “Die of Boils!” at Twitter CEO Jack Dorsey.

Almost three weeks ago, Simon was temporarily suspended from the social media platform for encouraging trolls and others who disagreed with him politically, to drop dead, or “Die of Boils!” It has been his insult of choice, and it has been apparent that he would rather suffer temporary Twitter bans than give it up.

This is evident in the way that Simon returned to the Twitter scene on Monday. Directing all his anger against Dorsey, Simon unleashed a series of tweets, lambasting Dorsey for what he perceived to be selective censorship.

“So, die of boils, @jack. Yup. There it is. The sum total of my crime against Twitter. I’ve told you to drop dead, as I told libelers and liars to drop dead.”

Despite the stark raving, Simon also assured Dorsey not to overreact or feel threatened by the Tweets. He added, “You can say that constitutes a threat, but that would be empty and embarrassing. I hold no dominion over life and death.”

She did mention however that Simon was allowed to return to Twitter once his prior offensive Tweets were removed, so of course the duration of his suspension was under his control. Though, considering his vengeful return to the platform, it seems like Simon isn’t worried about his account being pulled.

In fact, he seems to have accepted it.

In an email to The Baltimore Sun, Simon wrote, “I have no hope for any other outcome than that eventually I will be booted from their platform for rhetorical replies to the worst kinds of bots and trolls that are neither threats or harassment, and are, on the merits, completely justifiable.”

He added, “open speech certainly should allow me to tell you to take a long walk off a short pier, or grow like an onion with your head in the ground, or die of boils if you bring racism or slander to my threads.”