After decades of anti-Semitism and other racism, Rev. Louis Farrakhan’s sermon on the “Satanic Jew” has prompted Twitter to unverify the minister’s social media account. 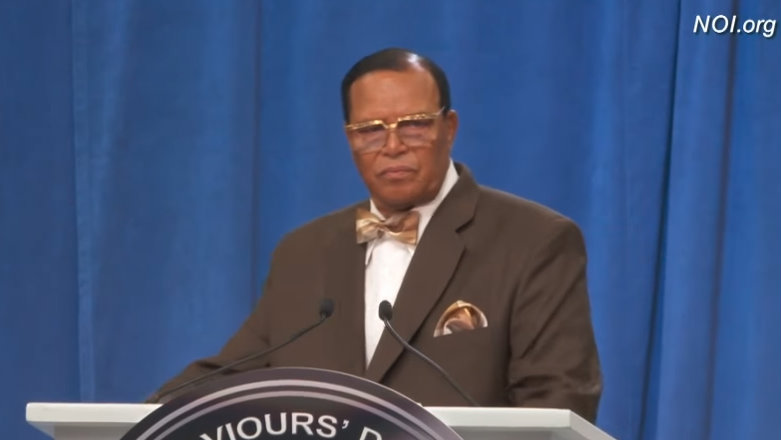 On Wednesday, Farrakhan, the leader of the Nation of Islam leader, tweeted a link to a recent sermon with the caption “thoroughly and completely unmasking the Satanic Jew and the Synagogue of Satan.”

As a result, he lost the blue check mark that signifies an account is “verified.” Twitter’s verification process helps the social media giant prove that accounts associated with prominent figures are actually controlled by them. Since last year however, Twitter has been removing the blue check marks for accounts that have violated its hate speech policies.

Starting last November, White supremacist Richard Spencer and far-right activist Laura Loomer had their accounts stripped of verification for violating those same policies. Considering the kind of speech Farrakhan was promoting, it’s hard to see why the minister’s account took so long to receive the same treatment.

The minute-and-a-half video provided in Farrakhan’s link gave the internet a snapshot of Farrakhan’s most recent episode of unbridled anti-Semitism. During the sermon, Farrakhan warned his congregation to be watchful of satan’s work in the world, which, he said, employs the aid of Judaism.

Farrakhan’s post also featured a link to his full speech, which included assertions that Judaism is “a system of tricks and lies,” and that Barack Obama was “under Jewish influence” when he advocated for same sex marriage. He also mentioned the #MeToo movement and Harvey Weinstein, implying that it was a Jewish influence behind the media mogul’s alleged sexual assaults.

Even CNN’s Jake Tapper hasn’t been able to tolerate Farrakhan and his supporters in the Democratic party. In March, Tapper took to Twitter, asking, “Why is it so tough for some people to condemn a rabid anti-Semite who is also a misogynist and anti-LGBTQ?”