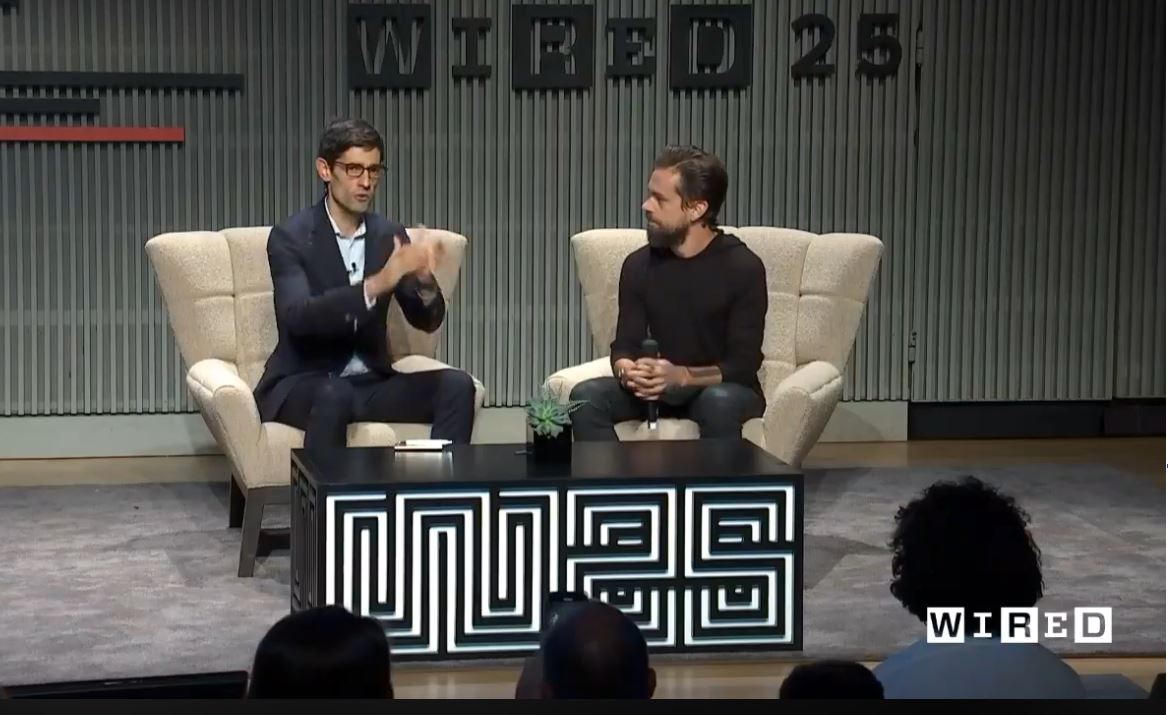 So much for Twitter being the “free speech wing of the free speech party.” Twitter CEO Jack Dorsey couldn’t have distanced himself further from that famous 2012 quote. He told a “Wired 25” audience Tuesday that the original quote “was a joke.”

In 2012, then-Twitter UK General Manager Tony Wang told a media summit that the company tried to be “neutral” because of its principles. "Generally, we remain neutral as to the content because our general counsel and CEO like to say that we are the free speech wing of the free speech party," he explained.

Fast forward six years and that quote is hardly a guiding principle for the firm. “This quote around ‘free speech wing of the free speech party’ was never, was never a mission of the company. It was never a descriptor of the company that we gave ourselves. It was a, it was a joke,” Dorsey chuckled as he told Wired Editor-in-Chief Nicholas Thompson.

But Thompson didn’t let it go: “It was a joke that people took seriously and their respect for you increased because of it at the time.”

Dorsey’s description encapsulated the essence of the debate between free speech and safety. He stressed he wanted people who visit Twitter to feel “safe to express themselves in the first place” while still expressing some support for free speech.

Twitter and Dorsey have been much criticized for how it has handled conservatives on the platform. The company has banned doxxing or the involuntary release of personal data on the platform. But violators that attacked conservatives, such as Splinter, get a mere slap on the wrist. At the same time, Twitter’s Trust and Safety Council members based in the U.S. are overwhelmingly liberal.