A study released by the NYU Stern Center for Business and Human Rights decided that the argument that conservatives are being censored by Big Tech is “not legitimate.”

“False Accusation: The Unfounded Claim that Social Media Companies Censor Conservatives,” levied the accusation that conservative censorship is a myth. Deputy Director Paul M. Barrett and Law + Research Fellow J. Grant Sims wrote that “the claim of anti-conservative animus is itself a form of disinformation: a falsehood with no reliable evidence to support it.” The study referred to the overall bans of former President Donald Trump on Facebook and Twitter as “reasonable responses to Trump’s repeated violation of platform rules.” 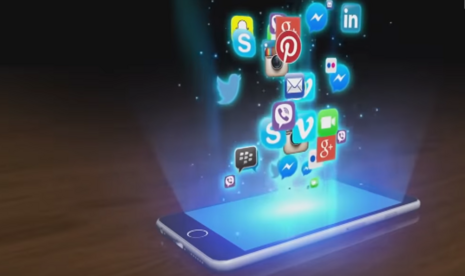 The piece accused Rep. Jim Jordan (R-OH), conservative commentator Ben Shapiro and Fox News host Tucker Carlson of spreading “The false contention that conservatives are throttled online.” The problem with criticizing online censorship now, according to the study, is that it delegitimizes efforts made by platforms “when they’re actually experimenting with more aggressive forms of fact-checking and content moderation.”

The study relied on NewsGuard’s classification of “manipulators.” It noted, “All of the top five manipulators, in terms of their engagement levels on Facebook, were right-leaning: Fox News, The Daily Wire, Breitbart, The Blaze, and Western Journal.”

1) A request that “the federal government to press Facebook, Google, and Twitter to improve content policies and their enforcement.” This request included urging tech companies to do their job, which, according to the study, involves “protecting users and society at large from harmful content.” In other words, conservative content.

2) Section 230 of the Communications Decency Act “should be amended so that its liability shield is conditional, based on social media companies’ acceptance of a range of new responsibilities related to policing content.”

3) A request to create a “Digital Regulatory Agency” that would be “charged with enforcing the responsibilities of a revised Section 230, could begin to rebuild that eroded trust.”

The study dismissed the censored New York Post story about Hunter Biden’s dealings in Ukraine that may or may not have involved his father, Joe Biden. Even though the link to the story had been banned and those who tweeted it were locked out of their accounts, the NYU study argued that the actions were reasonable. What wasn’t reasonable was the lack of transparency behind those actions on behalf of the tech companies.

Barrett complained to USA Today that “There is a broad campaign going on from the right to argue that they’re being silenced or cast aside, and that spirit is what is helping to feed the extremism that we are seeing in our country right now.” He elaborated further, saying, “We can’t just allow that to be a debating point. It’s not legitimate. It’s not supported by the facts.”

Previously, Barrett had written a study called “Disinformation and the 2020 Election” in which he called for Facebook and Twitter to “remove provably false content in general.”

The center itself boasts a liberal advisory board with Kerry Kennedy, Robert F. Kennedy’s daughter and ex-wife of New York Governor Andrew Cuomo, and Crag Newmark, the founder of Craig Newmark Philanthropies. The corporate partners include banks like American Express and Wells Fargo, but also have Microsoft and Facebook.