The president’s account and the account of Team Trump received 83 labels on their tweets between Nov. 9 and Nov. 16, as of the time of this piece’s publication. These tweets included retweets of statements from figures like X Strategies CEO Alexander Bruesewitz, Fox political analyst Gregg Jarrett, and actors Kevin Sorbo and Jon Voight. Overall, since May 31, 2018, Trump and his campaign have been censored 194 times. 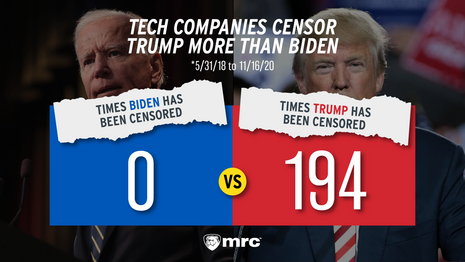 Labels varied based on the content of the tweet. Trump tweeted, “There is tremendous evidence of wide spread voter fraud in that there is irrefutable proof that our Republican poll watchers and observers were not allowed to be present in poll counting rooms. Michigan, Pennsylvania, Georgia and others. Unconstitutional!” This tweet was marked with a label saying, “This claim about election fraud is disputed.” In another tweet he said, “I won the Election!” The label under this tweet contested, “Official sources called this election differently.”

A label was also placed on a tweet that mentioned the suspension of People’s Pundit Daily editor Richard Baris. “Top US Pollster and Statistician Richard Baris — People's Pundit — SUSPENDED from Twitter for Reporting on Disputed Election — Political 'WrongThink' Not Allowed,” tweeted Trump. The label said, “This claim about election fraud is disputed.”

Some of the labels seemed arbitrarily applied. A video featuring White House Press Secretary Kayleigh McEnany simply had the statement, “We want every LEGAL vote to be counted.” This tweet was given the label: “This claim about election fraud is disputed.”

In a previous study, the president’s Twitter account and the campaign account were found to have been censored 111 times. Tweets about the president’s concern over mail-in voting, COVID-19, and the Black Lives Matter protests have been given “public interest notices.”