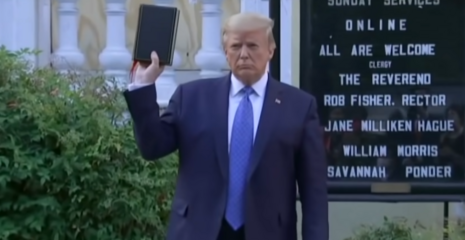 It seems ads promoting religion in America are just too “sensitive” for Google and YouTube to handle.

A trailer for the upcoming documentary "America! America! God Shed His Grace on Thee!" was removed several times from Google and YouTube advertising. Centennial Institute, a part of Colorado Christian University (CCU), had bought ad space for the video and worked with Google to ensure that there was nothing wrong with the ad. However, the powers that be at Google and YouTube decided that the ad contained “sensitive events” and took it down. The ad was later restored.

“We are deeply disappointed that YouTube is censoring the challenges our nation is facing but more importantly the solution our nation needs to hear,” said Centennial Institute director Jeffrey Hunt. “We need to get back to the Bible for our country to thrive. Instead of censoring that message, it should be shouted from the rooftops!”

A Google spokesperson told the Media Research Center, “Our sensitive events policy was implemented at the start of the coronavirus outbreak to protect users from harmful advertiser behavior such as price-gouging. In this instance, our automated systems mistakenly overflagged the content as it includes mentions of COVID and imagery of face masks. We regret the error and the ads are now eligible to run. We enforce our policies consistently, regardless of political or religious affiliation, but have appeals processes in place specifically for circumstances like this. We have contacted the advertiser to resolve this issue and have reinstated the ads.”

The documentary will be released at the Western Conservative Summit, a virtual event taking place on October 10. “The new film aims to show how the Bible and Judeo-Christian values were deeply influential to the formation of the United States of America and how that influence has steadily eroded in the public square,” wrote Jubilee Cast. The documentary was directed by Gosnell: The Trial of America’s Biggest Serial Killer director Nick Searcy, and Christopher Burgard.

Searcy stated, “YouTube wants to hide what is happening in America's streets by branding it "shocking content" -- but that is only because the riots aren't polling well.  If showing the riots would help their political agenda, they would be running 24/7.”

He continued: “The idea that, in America, YouTube can suppress or demonetize our trailer -- which contains only 1) interviews with people about the importance of the Bible, 2) news footage of what is actually happening in America's city streets, and 3) jokes by an International Film and Television Star -- is the only thing truly 'shocking' about our content.”

“The death of religion in America is the death of America as we know it,” said Prager in the trailer.

“It appears as if YouTube just censored God. It didn’t work out too well for the Communists the last time they tried to eliminate God from society. It won’t this time, either,” said director Chris Burgard.

Content that covers “sensitive events” include “Content that potentially capitalizes on or lacks reasonable sensitivity towards a natural disaster, conflict, death, public health emergency, or other tragic event.”