‘With Us or Against Us’: Media Rage Against Facebook’s Inclusion of Breitbart

The media want no neutrality on the tech platforms they once considered friendly.

After Facebook released its “News” tab, the liberal media slammed CEO Mark Zuckerberg for including Breitbart among the 200 outlets in the “News” tab. Daily Beast editor Noah Shachtman tweeted that by including the conservative outlet, Facebook was “embracing a political ideology.” But that was more because Breitbart was a “political outfit which championed the ‘alt-right.’” 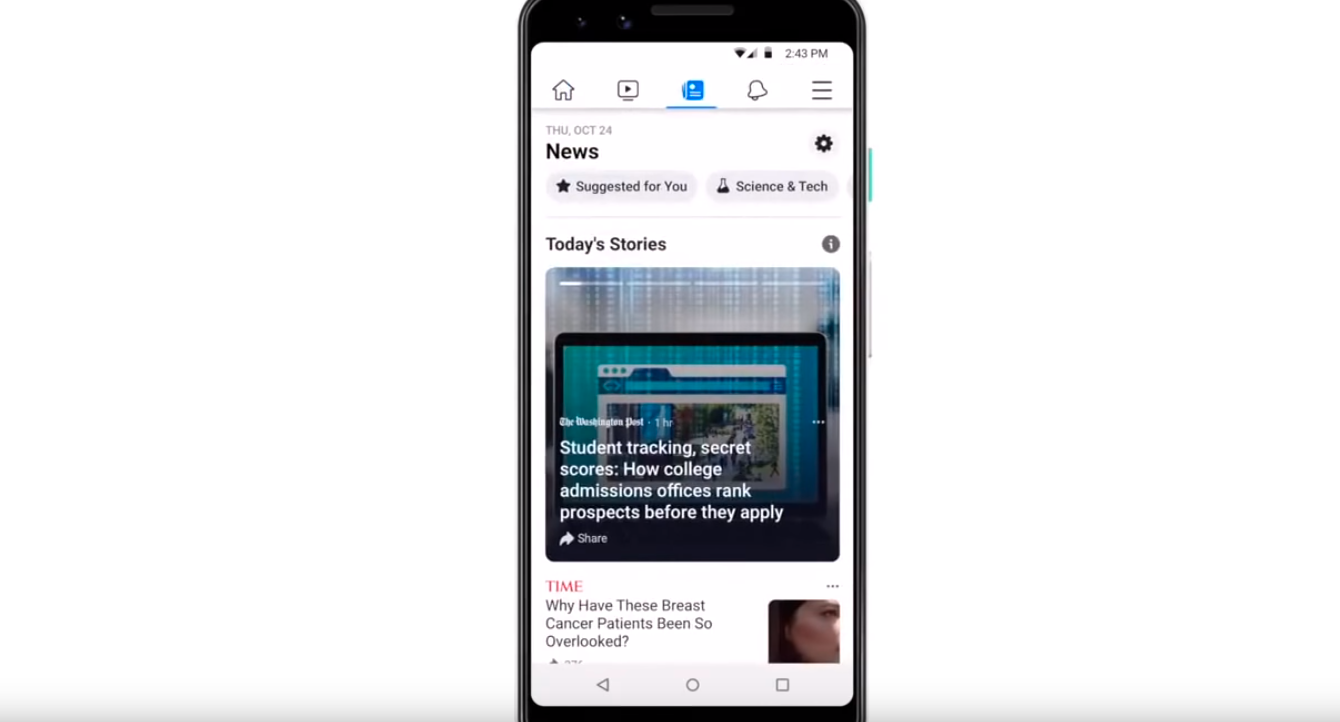 An NBC story from 2017 features a rebuttal from Breitbart’s editor-in-chief Alex Marlow, who says, “So it's the fact that we're consistently called anti-Semitic despite the fact that we are overwhelmingly staffed with Jews and are pro-Israel and pro-Jewish. That is fake news."

Facebook exec and head of Instagram Adam Mosseri tweeted at a New York Times op-ed two questions: “(1) do you really want platform as big as Facebook embracing a political ideology? And (2) not as important, and this is an honest question, why such a different reaction to Breitbart being Apple News partner?"

Vox’s head of video Joe Posner responded to Mosseri, “the problem is that being bound by facts is ~absolutely~ a political ideology, and it seems you’ve repeatedly sided with those that choose another path.”

CNN Senior media reporter Oliver Darcy tweeted his own criticism of Facebook’s inclusion of Breitbart: “It's alarming that Facebook execs think the only issue is Breitbart's ‘ideology.’ Another issue would be the quality of stories it publishes. Using a website known for peddling misinformation as a source for a news tab aimed at curating ‘high quality’ info makes little sense.”

Recode podcast host Kara Swisher mocked Mosseri, saying “The non-journalism right plays exec at Facebook like Super Bowl champs — it’s a long game for them and their constant moving of the lines to seem reasonable is despicable but impressive. Also Facebook execs are, well, dumb enough to try to kick the ball when they have zero skill.” Mosseri responded, “I don’t even want Breitbart to be part of Facebook News.”

Mosseri also tweeted an important point: “[S]uggesting ‘you're either with us or against us’ is shortsighted.”