Facebook and its developers have been in the race to define and correct what the platform calls hate speech. But in a speech given to Georgetown University, CEO Mark Zuckerberg suggested a different direction for the company. 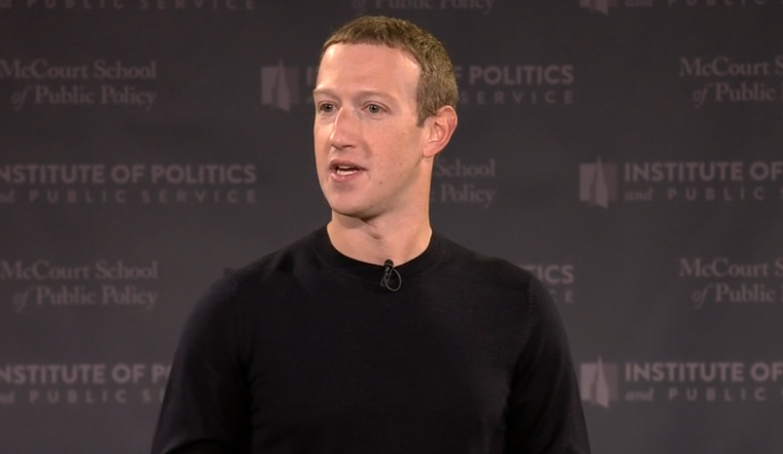 In his speech, titled “Standing for Voice and Free Expression,” Zuckerberg said that he wanted Facebook to “continue to stand for free expression.” He also outlined a different strategy for dealing with misinformation online. Rather than continue to define hate speech, the company will be “focusing on the authenticity of the speaker rather than the content itself.”

[A] popular impulse is to pull back from free expression. We’re at another cross-roads. We can continue to stand for free expression, understanding its messiness, but believing that the long journey towards greater progress requires confronting ideas that challenge us. Or we can decide the cost is simply too great.

“A strict First Amendment standard might require us to allow terrorist propaganda, bullying young people,” said Zuckerberg. “[E]ven the American tradition recognizes that some speech infringes on others’ rights.”

However, he wasn’t sure where to “draw the line” when it came to taking down content. So he explained, “We’ve found a different strategy works best, focusing on the authenticity of the speaker rather than the content itself.” Russian bots that shared misinformation would have been allowed to do so if they were genuine people, he continued. “You can still say controversial things, but you have to stand behind them with your real identity and face accountability.”

This was a better solution than “an ever-expanding definition of what speech is harmful.”

In an off-camera question and answer session, Zuckerberg addressed the problem of censoring conservatives. According to Recode podcast host Kara Swisher, he laughed, “We’re doing a good job of making everyone mad at us.”

Zuckerberg also doubled down on his decision to have Facebook avoid fact-checking politicians. He said, “I know many people disagree, but, in general, I don’t think it’s right for a private company to censor politicians or the news in a democracy.”

When it came to the question of China, Zuckerberg made his position very clear. “We don’t operate Facebook, Instagram or our other services in China,” he said. “We could never come to agreement on what it would take for us to operate there, and they never let us in. And now we have more freedom to speak out and stand up for the values we believe in and fight for free expression around the world.”